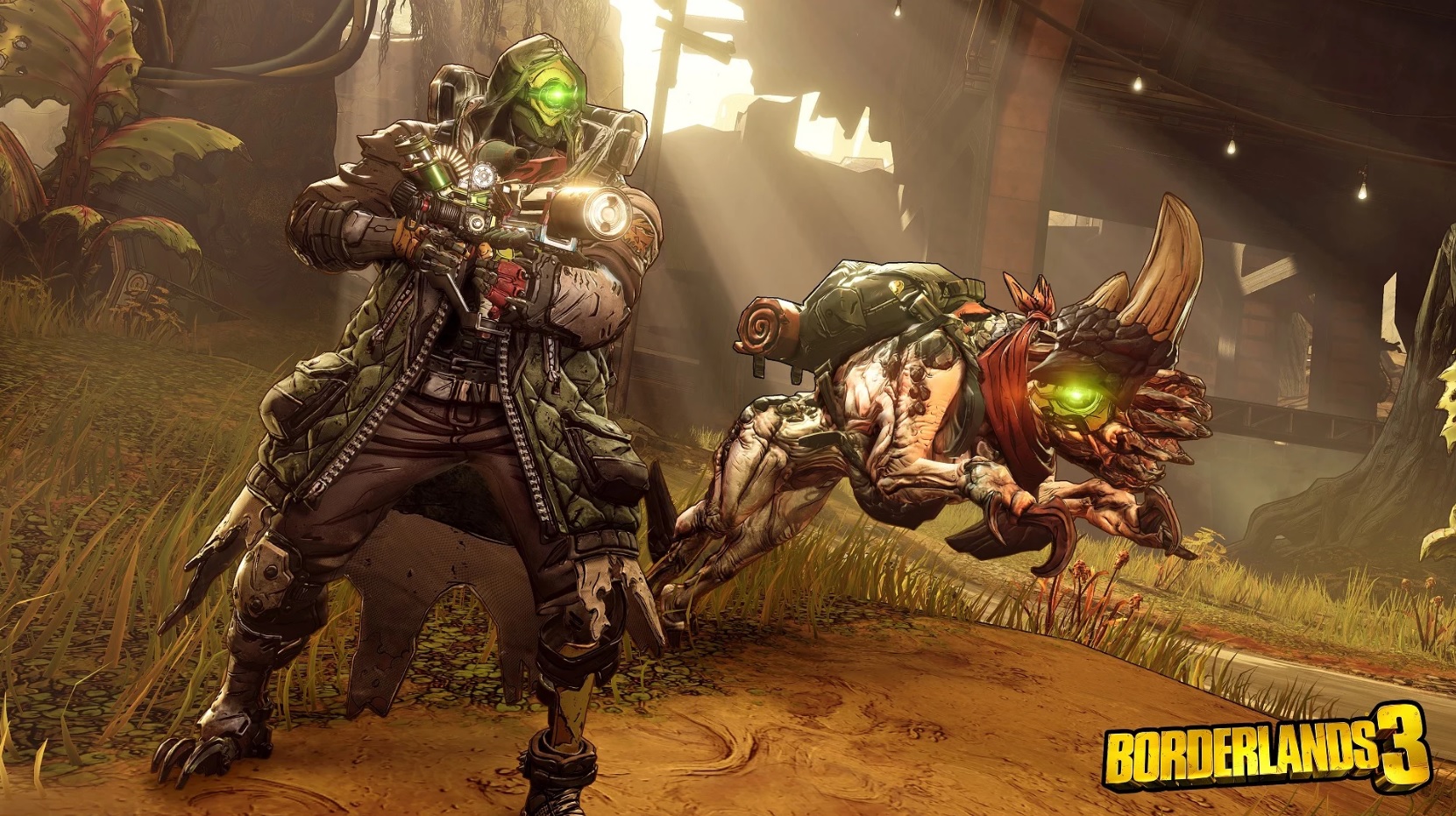 ‘Trust me, we figured it out’

A go-to joke when it comes to Borderlands 3 is how Gearbox could possibly manage to create cover art where a three-armed Psycho pointed three finger guns at his own head. The original Borderlands had an iconic box where a baddie aimed fingers at his head and blew art out the other side; the sequel pulled the same trick but with two guns. The natural evolution is three finger guns in the third game.

That’s not the case, though. Instead, the Borderlands 3 box art has a religious bent, showing a divine Psycho sitting atop a throne of guns. The shift away from finger guns wasn’t for a lack of trying though. We recently interviewed Gearbox senior producer Anthony Nicholson, and he confirmed that the art team came up with some ideas that’d continue the finger gun theme. “There were a few iterations of stuff like that,” Nicholson said. But will we ever see it? “That’s up to 2K,” he says.

Game Informer thought to ask the same question while talking to art director Scott Kester, who gave a more detailed response. “Trust me, we figured it out. I’m trying to get it as an alternate cover, maybe we can throw one in as the Naked Gun kind. We’ve done a lot. But honestly, we thought this game needed to shift gears a little bit, so we thought [the Borderlands 3 art] was the way to do that,” Kester explained.

If a departure is what Gearbox thought it needed, that’s what it certainly got. But, we need to see what this three-armed Psycho looked like, even if it’s not Borderlands 3‘s official art. It’s a matter of public interest at this point.