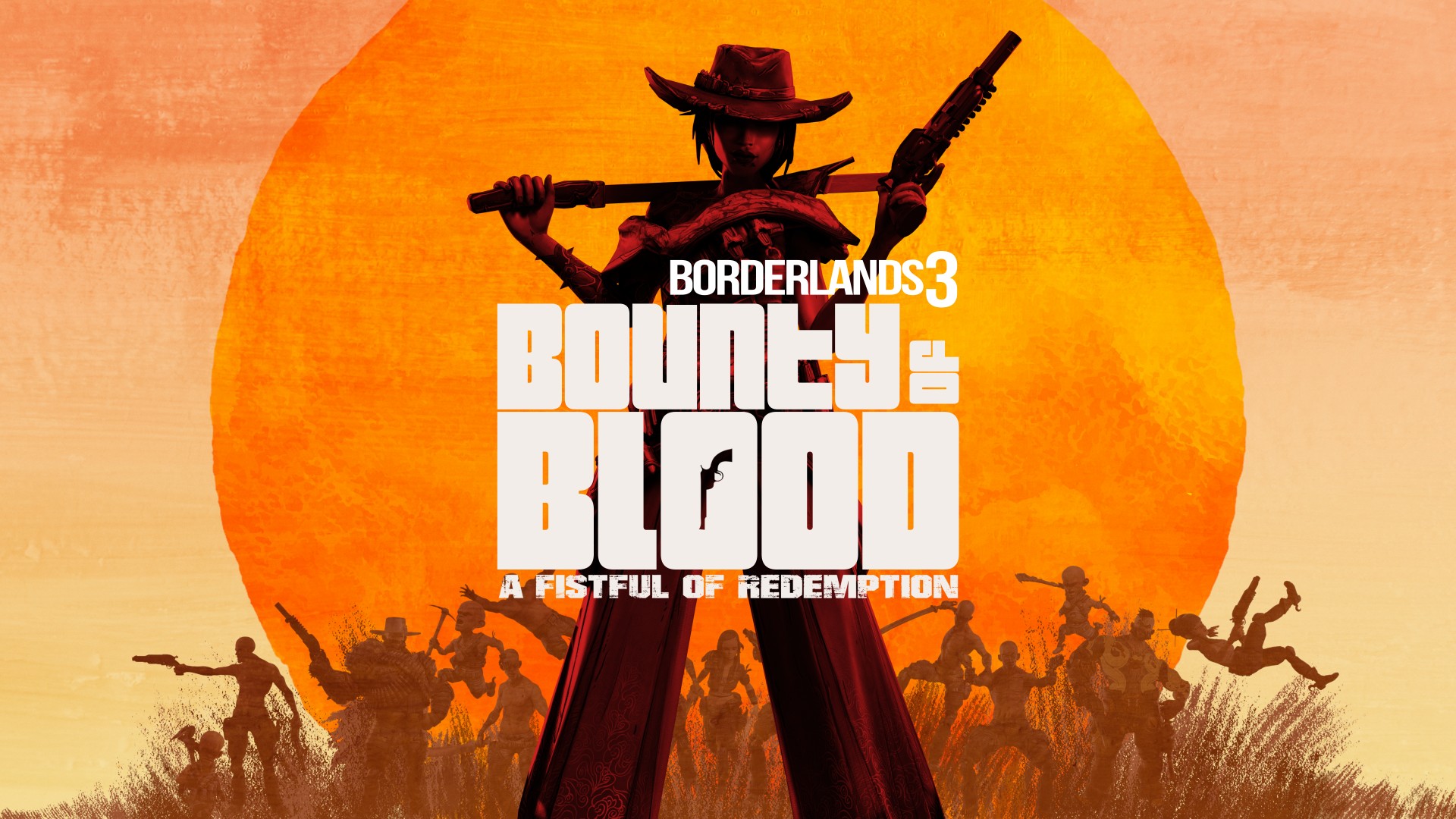 The Takedown arrives June 4, the DLC is June 25

Coming off of its Moxxi and Guns, Love and Tentacles DLC packs, Borderlands 3 is gearing up to release its next premium add-on soon.

Revealed today on the Borderlands Show, Bounty of Blood: A Fistful of Redemption will arrive on June 25 as the third paid DLC for Borderlands 3. Once again it’ll be a completely new setting, with the desert planet of Gehenna serving as the core of the DLC. New characters include the pistol and katana-toting Rose, as well as Juno the brawler.

A town-building/reconstruction mechanic is teased, as is a new hoverbike and new items that can woe enemies to your side or coax out giant leaps. The name is an obvious A Fistful of Dollars homage, so hopefully we’ll get plenty of love for Sergio Leone’s Man with No Name trilogy baked in there: Rose, who is doing their best Clint Eastwood impression in the above key art (poncho and all) is a good start.

In other news, Borderlands 3 is also getting a fairly large non-premium update soon. On June 4, you’ll be able to tackle the Takedown at the Guardian Breach, another endgame gauntlet that will presumably use the scaling sensibilities of the last Takedown event. Gearbox calls this one an “extreme challenge” that takes place on Minos Prime as you battle “rogue Guardians.”

All these free events are making the premium DLC easier to swallow. And thus far, Gearbox hasn’t gone completely overboard with paid content. Despite the constant give and take of bugs and balance, Borderlands 3 is in a decent spot right now. So what’s next? Well, Gearbox is teasing the fourth premium add-on today with this concept art.