Picking a character in Borderlands 3 can be tough, as all four choices are viable.

Here’s why you should consider picking FL4K if you’re coming at the game from a solo player angle. 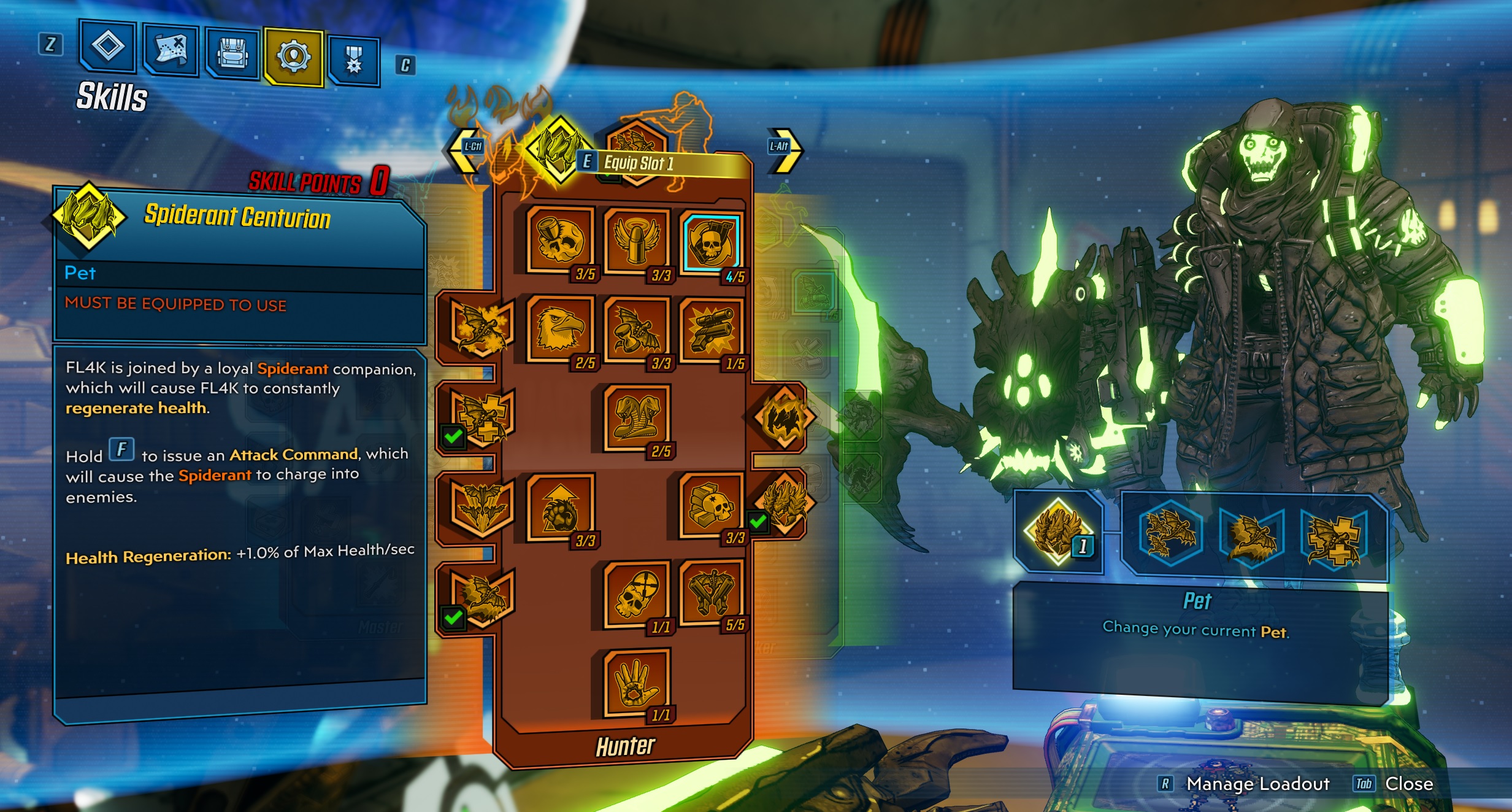 I’ve played every character in the game, and I’ve come to the conclusion that FL4K — specifically FL4K’s hunter skill tree — is one of the best (if not the best) solo options available.

Not only is the default minion, the Spiderant Centurion, a tank of sorts: it also provides much-needed health regeneration in a solo situation. Yes, FL4K’s minions aren’t temporary, they actually stay out the entire time, allowing any of the three options to spice up a solo session with an additional perpetual target.

You can already see the critical hit synergy in the making right? Well, add a shotgun into the mix. Shotguns are spread weapons that hit multiple times, allowing skills to, in turn, proc multiple times. Use your imagination!

Another crucial pickup for the hunter tree: any left-side skill augmentations. You can have two of these at time, and the second one on the tier (Falconer’s Feast, which regenerates health) allows you to use your Rakk skill (basically, you throw bats at people) to heal, which is another huge win for solo play.

Give FL4K a go! They’re one of the most resilient characters in the game and can still dish out damage once the skill tree is rolling.