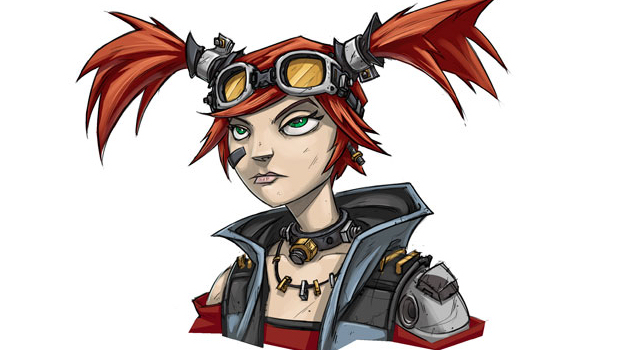 Gearbox Software has caused a bit of a ripple through the Internet today with its reveal of Borderlands 2‘s “Best Friends Forever” Mechromancer skill tree — dubbed the “Girlfriend” tree by one designer. Why is it nicknamed that? Because it’s for people that suck at games.

“The design team was looking at the concept art and thought, you know what, this is actually the cutest character we’ve ever had,” John Hemingway told Eurogamer. “I want to make, for the lack of a better term, the girlfriend skill tree. This is, I love Borderlands and I want to share it with someone, but they suck at first-person shooters. Can we make a skill tree that actually allows them to understand the game and to play the game? That’s what our attempt with the Best Friends Forever skill tree is.

[Edit: I wrote a thing here which came off as me being way too angry about this, when I’m not really mad. While this thing became a shitstorm, I intended merely to poke fun at Gearbox for the designer’s rather ill-advised terminology rather than be SERIOUS OUTRAGED. I know readers are sick of the OUTRAGE everywhere, so hopefully we can all calm down about it.]

Randy Pitchford took to Twitter the defend the comment, claiming the quote was a “personal anecdote” that was being sensationalized, even though commenters on the original article responded pretty negatively to the non-senational interview. If it was personal, one wonders why Eurogamer was told about it.

In any case, the tree is designed for the inexperienced, with perks that allow you to shoot without aiming, and summon a big tank-like robot to absorb enemy fire. Right now, Hemingway could do with such a tank robot, but it does not exist in real life.

Man, and Gearbox hasn’t even revealed the “What I Think of Gypsies” skill tree for Zero yet.