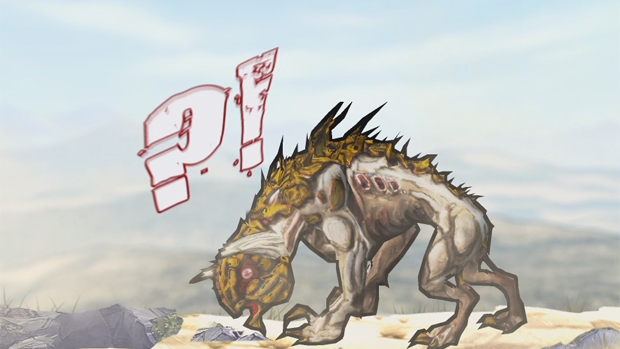 And, really, what more would you need to know?

As you are no doubt aware from having read our preview earlier today, the next round of expansion content for Borderlands 2 centers around a specific weapons manufacturer, Torgue. These are the guns which always feature an explosive elemental effect, an element that I’ve always felt was underused in the first game. I guess this pretty much solves that complaint.

Gearbox released an advertisement for Torgue guns today as part of their announcing the November 20th release date of Mr. Torgue’s Campaign of Carnage. It’s short and sweet and made me giggle. I am easily amused.