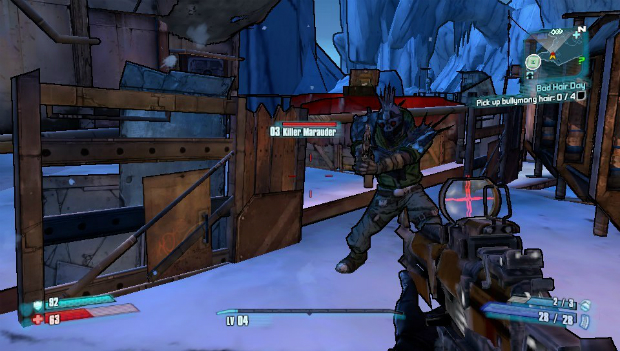 Bring one buddy to Pandora, but no more

Ever since the announcement of Borderlands 2 on PlayStation Vita, we have been hopeful about Gearbox’s first-person shooter lootfest on Sony’s handheld. After the first footage of it in action came out, it seemed clear that the developers would have to trim down certain aspects in order for it to function on the handheld. The PlayStation Blog had some hands-on time with it, and is reporting that rather than supporting up to four players at once, the Vita version will only allow two players to run through cooperatively.

This could be a dealbreaker for some; a lot of Borderlands 2‘s appeal is in spending time with friends and building teams with cool interactions. Off the top of my head, I could imagine this making certain class mods (the ones that buff the entire team) less useful, and I cannot even imagine trying to take down some raid bosses with only a two-person team. On the other hand, many will be playing this on the go, so they might only do single player anyway.

There are some more positive pieces of information in PlayStation Blog’s preview. Borderlands 2 will ship on Vita with the Mechromancer and the Psycho Vault Hunters included, along with Captain Scarlett and her Pirate’s Booty and Mister Torgue’s Campaign of Carnage. It will also feature cross-platform saves between the Vita and the PS3 versions.

All in all, it sounds like it is shaping up to be a solid port, though I am curious to know how the restriction to only two players will affect the anticipation for it.