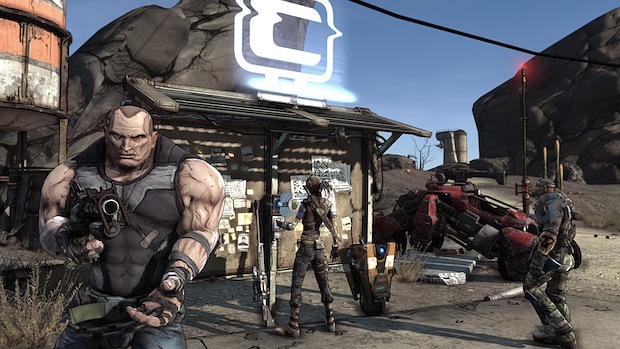 At various points during the later stages of Borderlands I found myself thinking about the possibilities of a sequel, hoping that the game sold well enough to warrant a follow-up. The fact that I let my mind wander out of the moment says a lot about the bugs in the game, but it also speaks to the raw awesomeness of midget-punching shooter RPG. I’m not alone in my thinking, my desire for a sequel, and the good news is that Gearbox Studios believes there’s a chance Borderlands 2 could happen — the key being a cold hard business decision and consumer desire for another.

“Yes, I can probably confirm that there’s a chance of a Borderlands 2,” creative director Mike Neumann told VG247 in a recent interview when asked about the possibilities of a Borderlands 2. “I mean, with anything, especially a new IP, if people want more and you can make more, and everybody can make money and do good business there, it obviously makes really good sense to do that.”

Neumann then added that DLC is on the way and no substantial talks have been had other than the “water cooler” variety, which I’m sure would hilarious to overhear.

“So yeah,” Neumann said after revealing that Gearbox loves the “franchise,” if everything makes sense, Borderlands 2 seems like a no-brainer to me.”

Nothing confirmed yet, but it’s obvious Gearbox is willing to look into creating a sequel. You guys want one, right?