Pleased to meat you

With the Borderlands 2 season of content coming to an end, Gearbox is releasing one last vault hunter just before the curtains close. Krieg is his name, he loves self-inflicting pain, and the insanity of the psycho enemy class is what he’s offering.

If you’re a season pass holder just looking to burn through the upcoming Tiny Tina’s Assault on Dragon Keep downloadable content before putting Borderlands 2 to rest, then you might want to consider this one a bit longer before downloading. But if you’re a Pandora faithful looking for any reason to return to the craziest planet in the Six Galaxies, Krieg is reason enough.

So who is Krieg? Well, he’s a slightly less insane psycho, grasping onto bits of his humanity to leave the wasteland life and become a vault hunter. Speaking with lead writer Anthony Burch, “The idea is that he’s this insane blood loving monster, but the one thing that keeps him from being a complete psychopath like all the rest is this sane voice from before. If he’s got to kill somebody, it might as well be these other psychos.”

Unfortunately, due to technical limitations Gearbox won’t be able to add audio logs for Krieg like with the original four classes, so apart from some upcoming promotional material, there’s never really a chance to learn more about the character. At the very least, his insanity is well reflected in how he plays.

“There were two philosophies when making Krieg’s trees,” Anthony told me. “The first was to account for every type of psycho, your suicide psycho, burning, etc, and always give you the opportunity to be like one of those. The second was to make people want to do things that, if they were sane, would never ever want to do.” 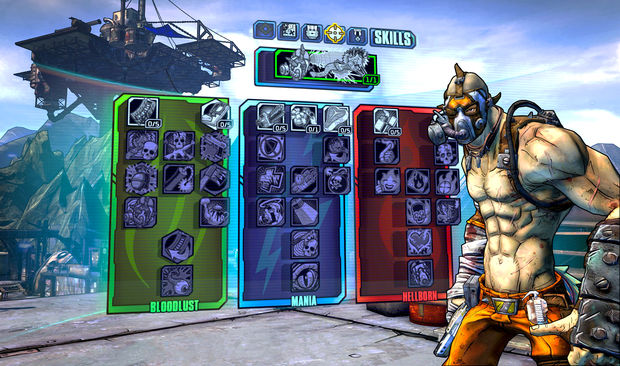 Buzz Axe Rampage is Krieg’s action skill. When activated, he makes a blood curdling scream, and runs around chopping people down with his buzz axe which regenerate his health. You’ll have to time yourself carefully when using it, as it’s Krieg’s only way to regain health. All of Krieg’s skill trees are seemingly counter-intuitive, but have a light-at-the-end-of-the-tunnel feel to them.

Take Krieg’s Hellborn tree. Like the name implies, the Hellborn tree’s core skill is based on your ability to increasingly take burn damage. Sounds crazy, but you do want to be on fire. Later on you acquire the skill Numbed Nerves that give you more melee damage, gun damage, reload speed, and weapon accuracy when you’re taking this self-inflicted burn damage. Even further down you get the skill Hellborn Halitosis, which lets you breath fire, similar to the burning psychos. Hellborn ends with the final tier skill Raging Retribution, which, apart from sending Krieg into a crazy San Francisco homeless guy rant, spawns homing fireballs from Krieg’s body that set enemies on fire, that will also set you on fire, and in turn keeps all other burning bonuses going.

Mania, sweet Mania. This tree is by far my favorite. Mania similarly has you taking damage and debuffs. Here, your shields recharge rate is greatly diminished, to the point you’ll rarely see it recharge fully in the middle of a fight. The trade-off to that is gaining massive buffs for all the health damage you take, and a larger health capacity than most characters. Skills like Fuel the Rampage decrease Krieg’s action skill cooldown, while also increasing the amount of damage you will do when in a rampage based on how low your health was. 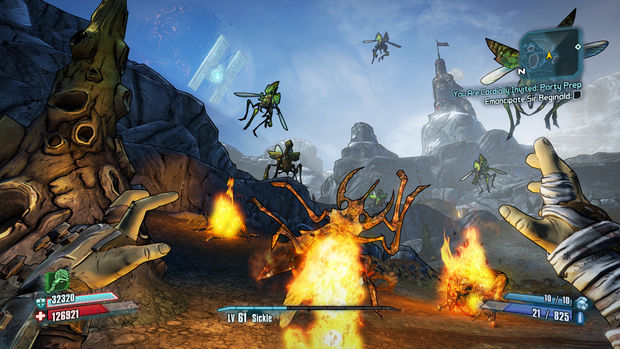 With enough enemies, you can get into these loops where your health goes critical, you active Buzz Saw Rampage to regenerate it all, cut down a bunch of enemies before your skill ends, take more damage to increase the cooldown rate, and repeat until everything is dead. Adding to this is that Krieg can take friendly fire, so with a practiced teammate you can game the system quite a bit.

It’s all a bit of a juggling act, so if you mess up you don’t even have worry about it. Instead of shooting from your knees when you’re downed, the Light the Fuse skill lets you run around throwing dynamite everywhere. This does come with the drawback that Krieg will go down if he revives a downed teammate, though having the ability to throw unlimited amounts of explosives isn’t the worst drawback in the world. The same rules apply to the fight for your life timer at least, so you can’t expect endless revives.

Silence the Voices (presumably the ones in his head) is a simple skill that increases melee damage up to 250%, but with a 12% chance of just hitting yourself in the face because reasons. The final skill in the tree, Release the Beast, is the cherry on top of the Mania sundae. Whenever you are at one-third of your health or less, activating your Rampage skill will turn you into one of the huge shrivel-armed badass psychos, giving you a ton of melee damage and immediate cooldown once you revert back. Mania definitely plays to the strengths of hyper-aggressive players. Like Zero’s Bloodshed, it gives you all of the skills to get in enemy’s faces, stay there, and just wreck shop. 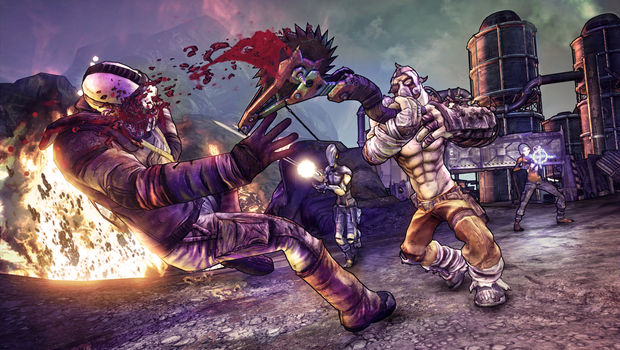 For the final tree we have Bloodlust. Bloodlust deviates from the risk reward mantra of Mania and Hellborn, instead taking cues from the Mechromancer Ordered Chaos tree. If you remember, Ordered Chaos revolved around anarchy stacks, which you could collect to increase the effectiveness of Gaige’s skills. Bloodlust is similar, centering around what is called bloodlust stacks, which will enhance your skills the higher you stack them. You only stack one for each hit you land on an enemy, regardless of the damage though.

Krieg is without a doubt one of the most frustrating characters. He has so many setbacks, and even in his better trees, you have to dig to get to the payoff. That said, once you do get to the payoff he’s well worth it, and truly unique from the rest. 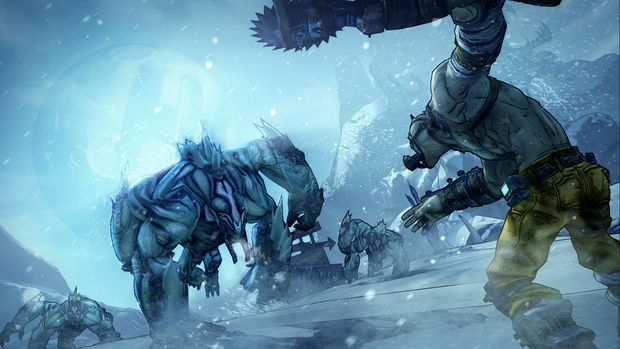 If you’ve really slowed down on Borderlands 2 and are only still holding onto it for the fourth and last DLC, then you might want to hold off on this. He’s a great character sure, but I’m not sure simply grinding out another level 50 or 61 character is justification enough. But if you’ve stuck around with Borderlands 2 this far and are still going strong, give Krieg a download. Just be warned that he’s a bit unruly in those earlier levels, but work down a skill tree (Mania if you like having fun), and you’ll find Krieg is one of the better classes from the pack.