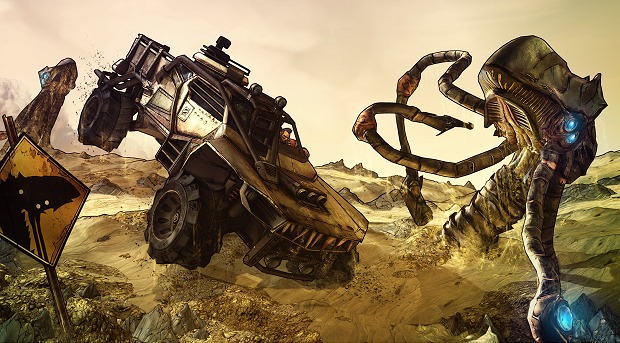 Back in August we learned that the Borderlands 2: Game of the Year Edition was on its way, and today it’s out in North America. For those who have been able to hold out on the lootfest for the past year, this bundle includes the core game, the four story-based DLC packs, both the Mechromancer and the Psycho characters, and more. It is billed as being about $100 worth of content for about $60.

To help commemorate the occasion for old and new players alike, Gearbox is starting the Borderlands 2 $100,000 Loot Hunt, which will offer increased loot drops (including those pesky Legendaries), and will task the community with various objectives, such as killing a particular enemy using a particular gun. What happens if enough players in the community complete the objectives? More loot, of course! The kicker is that some of the loot takes the form of real world objects, like Turtle Beach headsets and PlayStation Vitas.

I’ve been waiting for an excuse to get back into Borderlands 2 and finally level my Psycho up, so this just might be it.