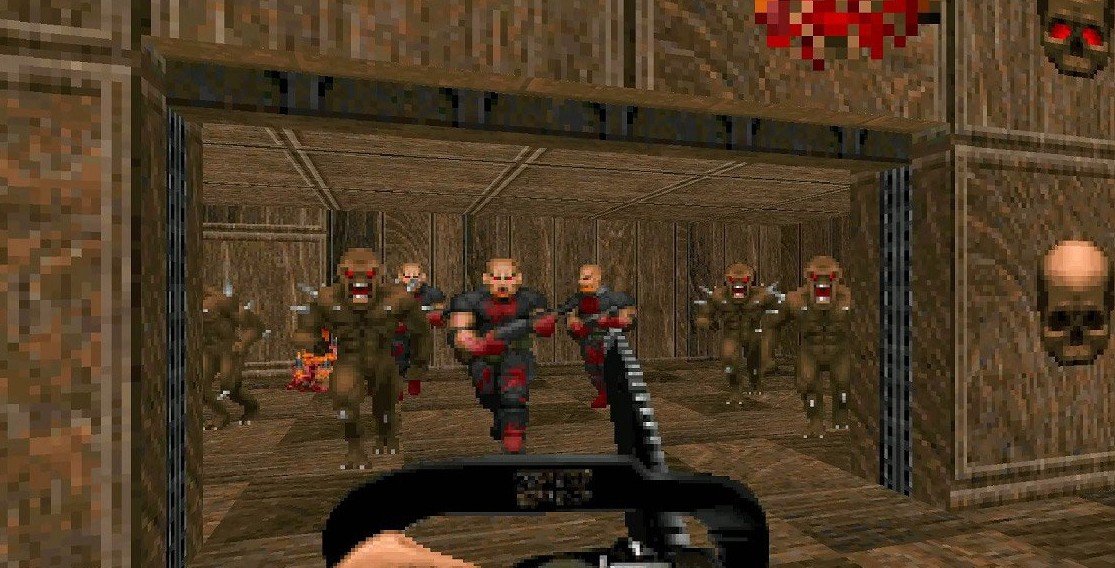 I can confirm this, as I recently finished the sequel on Switch for the billionth time. It’s one of the few games where it’s kind of a given that it’s going to be re-released over and over, especially if a bunch of old school lost levels from id Software and the community are proliferated throughout time. That’s the sort of gaming history you don’t want to lose on an errant floppy disc in a cardboard box somewhere.

To that end, Bethesda has granted access to Doom Zero: a free 32-level-strong DLC for folks who own Doom or Doom II. Described as DLC that “isn’t low-calorie” (you could have gone a little more hardcore there!), it features “new enemies, bosses, sounds, music, and sprites.” Yet, it’s still very much

This is all possible because of the Doomworld forums mod that was released in 2019 on PC: a solo effort by modder Christopher Golden. You can find out how that whole saga came about here,