Well, I’ve finally come to the end of my month–long training with EA Sports Active. It’s been an interesting month, coming into this whole thing not really knowing what would happen to me. I had hopes that I’d undergo some sort of magical transformation, but knew in the back of mind that changes would be minimal.

Still, I was surprised at how things went this past month. All I can say at this point is to follow me after the jump as I give you my full breakdown of Active after the jump. I think you’ll be interested to hear how it all turned out. 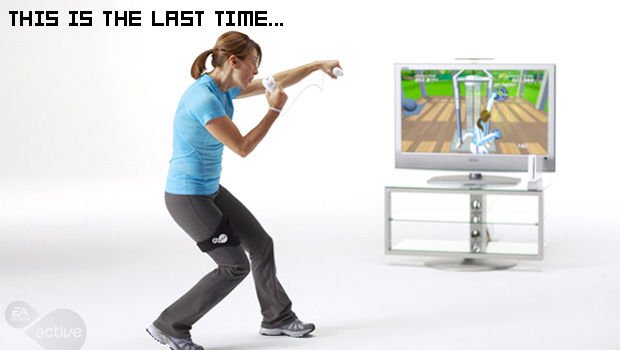 First, we may as well tackle my own body. I’m sorry to disappoint, but I will not be providing nude or semi-nude shots of myself to showcase my development. What I’ve noticed is that my arms saw the most development, with muscles actually taking form and showing up — to some extent — on my arms. No longer do they look like complete sticks! My legs were another area of great focus by the game, but they’ve always been in pretty good shape, so I didn’t really notice much change there.

The area where I really haven’t noticed a change, and what irks me the most about Active, is my stomach. Never in my four weeks of training did I feel any level of burn or muscle fatigue in my stomach or core area. A lot of the exercises say they’re working it out, but the effect has been minimal. What I would have liked to see was a lot more exercises focused on developing this part of the body too.

I mentioned this earlier, but I think it bears repeating: Active focuses more on getting you running about, sweating a lot, and being active. Which, in and of itself isn’t really a bad thing — the people who are looking at exercise games need something that will get them moving about. Wii Fit, on the other hand, has a much slower and calmer pace to it, focusing on control and doing the exercise right. 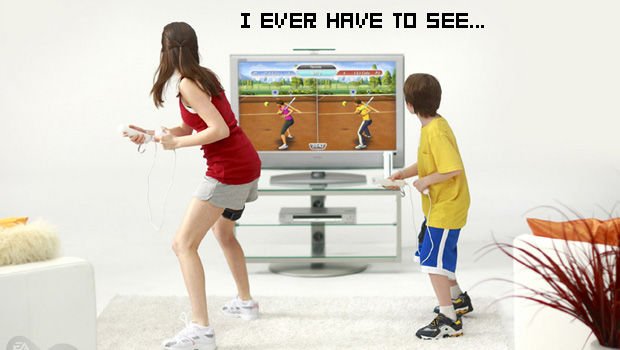 Active utilizes a lot of activities like roller blading, basketball, volleyball and others to help build several groups of muscles at once, and at the same time makes me feel more energetic, feel like I’ve burned more calories and sure as hell makes my clothes sweatier. The resistance band and leg strap help produce quick results in areas that had been ignored for a while.

The problem was that, after the first week or so, the effects dropped off. I quickly met the limit of how much the resistance band could do. So, going out to buy another resistance band, this time a manly one, I found that holding both that and the Wiimote/nunchuk proved to be difficult. So, that may be my own fault, but I essentially shot myself in the foot for playing along with a whole set of exercises. I don’t know how handles are on all resistance bands, but I can’t imagine them all being thin sheets like they were on the Active pair.

What Active is missing are some of the basic exercises that really help build a body: pushups, situps and all those other things you were forced to do in gym class. Wii Fit may not have you running around and sweating like a maniac, but man, I could feel my stomach and core at work, and it had all those classic exercises that people knew how to do — Wii Fit just made sure you did them properly. 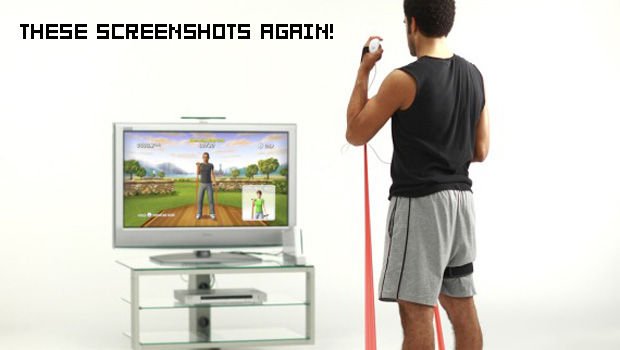 Active is what I would consider a “good first try” for EA. They put together a really ambitious project, but missed the mark on some core parts. The game, from what I can tell, is targeted at a crowd that doesn’t get much exercise, and spends a lot of time around the house. So, I suppose it’s aiming to work from the ground up, and simply get people in shape with a little bit of exercise here and there.

It’s hard for me to say that one program is inherently better than the other — both Active and Wii Fit have their targets in terms of development paths and expectations, but if you’re looking for a long-term partner to go with? I would have to say Wii Fit in the end — you’ll probably get better results by using that and buying a resistance band to work on your arms, instead of buying Active. Hopefully EA will give it a serious work-over in the future and show us that they’re committed to the franchise.