Coming back from Otakon, I had a nagging problem that only got worse with the drive home and some horsing around with friends. I injured my knee, and had to hobble around for a week before it was better enough to attempt exercising again.

Upon my return to playing Active, I was greeted with the message that I couldn’t complete the challenge at this point. It offered to let me restart my whole adventure again, which I politely declined. I ran through another week’s worth of training to see what it threw at me, and then ran out of time with the 30 days it had slotted for me.

Well, next week I’ll still be using the software, just to see how the game is outside of the 30-Day Challenge. But, until then, follow me after the jump for my adventures this week.

It seems as through, as time went on, the number of activities that the game chose for me would go down and down, to the point where I would only be performing what seemed like five or six tasks several times over. Normally, this wouldn’t be so bad, but when I’m doing nine sets of lunges, it gets to be a little boring.

I think that attitude is because I’ve continued to have trouble using my own set of resistance bands and holding the Wiimote at the same time, leading to nothing more than frustration. Since I can’t hold the Wiimote and nunchuck level, trying to balance both that and the larger handles of the resistance band, I shuffle them back and forth, and the game says that I’m shaking too much or not doing the exercise properly, and so I need to repeat it. I would hear this just about every single rep, and so I would just skip the exercise in frustration.

And so, that’s what would lead to me experiencing lunges several times in a row. So, I guess it’s my own fault for not having the patience to work my way through the exercise and mastering it. I can accept that, but it just goes to show how a bad experience can really color my approach to the game. It’s no longer something I look forward to: rather a chore. 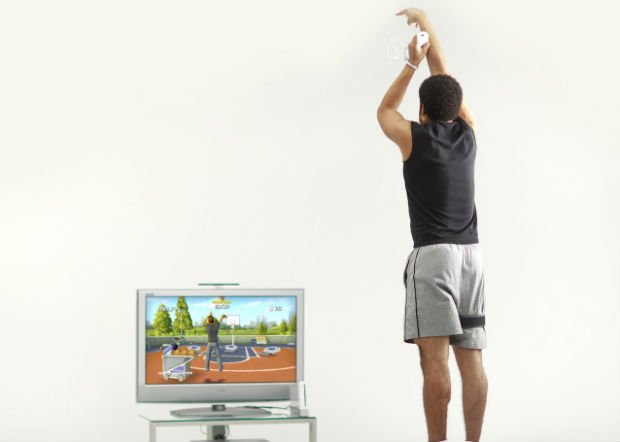 I was really disappointed with the game’s volleyball practice. It’s a sport I really enjoy playing when I get the chance, and I make sure to give it my all when I play. Well, that’s not what I’m supposed to do. Imagine holding a Wiimote and Nunchuck in your hand. Now, with a blase attitude towards life, make a half-hearted attempt to swing those two six inches ahead of you. No, you did it with too much power — try again. There you go!

That motion covers literally every single ball that is thrown at you during the volleyball sessions. The only times I would miss is because my footwoork doesn’t normally involve making sure both feet are on the Balance Board when switching between leftward and rightward-bound balls. Once I turned off the Balance Board connectivity for the game, it was something that I could have done sitting from my couch.

Normally this wouldn’t be a big deal, because I would just try my best at it anyways and make the most of the exercise. Except that doesn’t exactly work well with the game. As with the basketball exercise before, when I would pull my hand back slightly as I crouched down to toss the basketball, it would count that as part of my throw, and the ball would just fall out of my character’s hand. Similarly, in the in-line skating portion, it would rarely recognize my jumps — because I had not timed my jumps properly, it seemed, even though I could have sworn I was jumping within the appropriately-colored area. 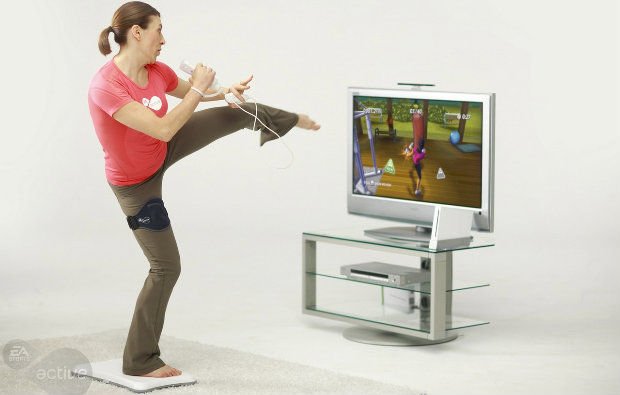 I really want to like the game. I really do. And I keep trying with it. It’s just that as I continue using it, I grow increasingly frustrated with it. I am seeing results, especially with my biceps. But it still doesn’t help me quell the rage I feel each and every day as I boot up the game to play.

Perhaps I’ll be able to stomach my rage and really work through things for this last week. Now that I’ll be choosing the exercises, things may go a little bit easier. We’ll see.