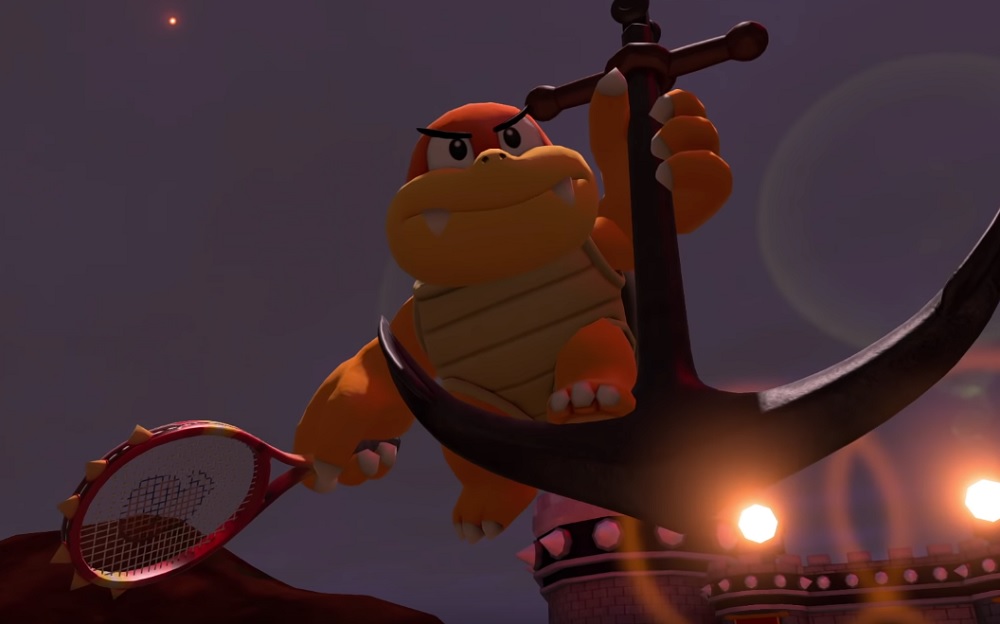 Nintendo has released a trailer for the next competitor stepping up onto the courts in Switch sports title Mario Tennis Aces. And it’s one of Bowser’s most old-school of henchmen, Boom Boom.

Originally making his debut in Super Mario Bros. 3 for the NES, Boom Boom is recognised by his huge, ground-smashing hands and perpetual frown. Boom Boom is also a surprisingly lithe fellow, seen cartwheeling around the court in the new trailer, which you can check out below, before delivering his racquet-shattering super shot.

Players can add Boom Boom to their roster by playing online tournaments between February 1 and March 1. After that time the grumpy turtle will be available to all. Mario Tennis Aces is available now on Nintendo Switch.