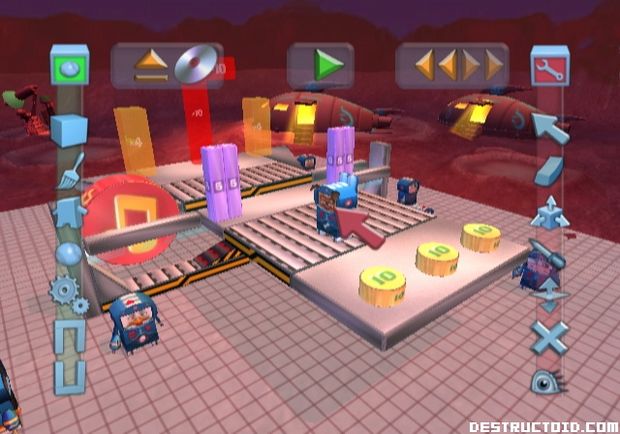 Oh my dear lord… I am so excited about Boom Blox Bash Party. Electronic Arts just told us that the game is confirmed to be shipping on May 19, and I’ve marked it down on my calendar.

You think I’m kidding, right? I’m not. Boom Blox was my favorite Wii game of 2008, and I took a lot of crap for it. But I’m sticking to my guns. Fun is fun, right? And Boom Blox was fun, so I want more.

I had a chance to play Boom Blox Bash Party a few months back, and was impressed with how fleshed out the experience is when compared to the original. For one, the “party” in the title refers to the increased focus on multiplayer that EA has pushed into Boom Blox Bash Party. Among my favorites was one particular “match three” game in which hitting objects on a board changed their color; matching three colors (think Bejeweled) caused the blocks to break, causing chains and block chaos.

The game also features a significantly upgraded Create Mode, where players can design levels and then share them via Nintendo Wi-Fi. While these features appeared in the original title, the seamless integration of the uploading and downloading that was demonstrated was both impressive and exciting.

Hey, I’m unreasonably excited about Boom Blox Bash Party — what do you want from me?