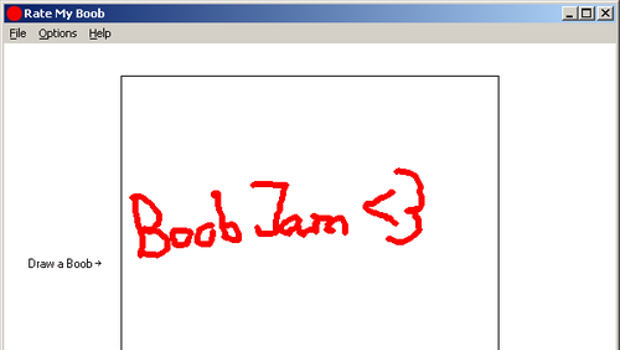 I hope they do wangs next

Not too long ago, there was a heck of a lot of talk going on about a game called Dragon’s Crown. Most of this talk had nothing to do with how the game played, or what it was about, or anything other than… boobs and butts. Some seemed to think you could measure the game’s amount of sexism units by calculating it’s total cumulative boob jiggle distance and butt width. Oh videogames, when will you learn that not everything is measurable in a quantifiable way…

Maybe Jenn Frank‘s new breast fest game jam will help show people that it’s not about physical things like size, shape, and amount of skin shown that matters in videogame boob world, but conceptual things the context, purpose, and ideas behind that/those boobs that matter. Devi Ever’s Grand Titons, Kevin McGowan’s Alice and Joe, Lizzie Starks The Curse, and Anna Anthropy’s ***(o) (o)*** (with music by Nippleback) are just a few of the great games here that work to do just that.