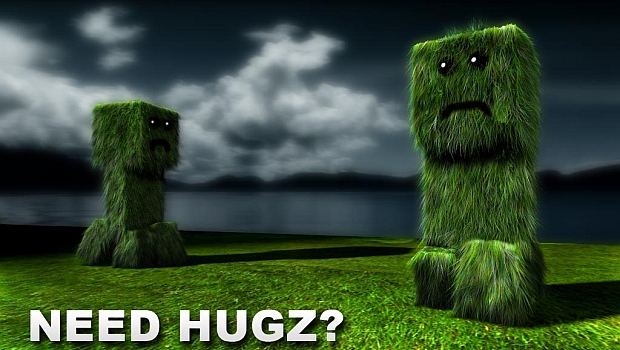 To be perfectly honest, I already find indie darling Minecraft to be a pretty scary game. Y’see, in Minecraft‘s “Survival” mode, monsters come out at night. Thusly I often spend my Minecraft nights just sitting around in a hole I dug for shelter and then walled up behind me, devoid of coal with which to construct vital torches and jumping at noises, only to dig myself out and be blown the hell up by a Creeper (see the gallery for further elaboration).

As such I was wondering why exactly Minecraft would need its own Halloween-themed update, especially one that features scary new monsters that are “actually difficult this time around.” It was already difficult the first time around! Oh, and as an additional kick in the crotch, torches don’t last forever anymore, and need to be reignited. Thanks a lot, Minecraft! Now I’ll never get my damn castle built!

Oh well, at least the update will also be bringing more fish, music, pumpkin helmets, bug fixes, and portal-based fast travel. Check out this page for details on the patch, currently dated for October 31st.

So how’s your Minecraft crafting going? Finish that house yet?

[Thanks to Vallanthaz for the tip!]