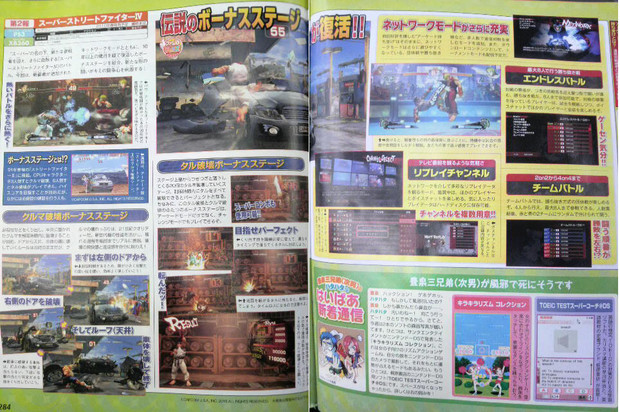 The car and barrel bonus stages are making a return in Super Street Fighter IV. The latest Famitsu scans show the rebirth of the classic bonus stages that were in the original Street Fighter II games. For those of you that were unfortunate enough to be born after the golden era of gaming, the bonus stages requires players to completely destroy a car or a bunch of barrels within a certain amount of time.

The Famitsu scan also discusses some other new features coming to Super Street Fighter IV. There’s going to be a team battle mode for 2 vs 2 and 4 vs 4 sets, a replay mode where you can watch previous matches and an Endless Battle mode for up to eight players. According to EventHubs, there’s also going to be a tournament mode that will be released as DLC down the line.

I don’t know about you, but there’s something about beating the sh*t out of a car that is just so enjoyable!