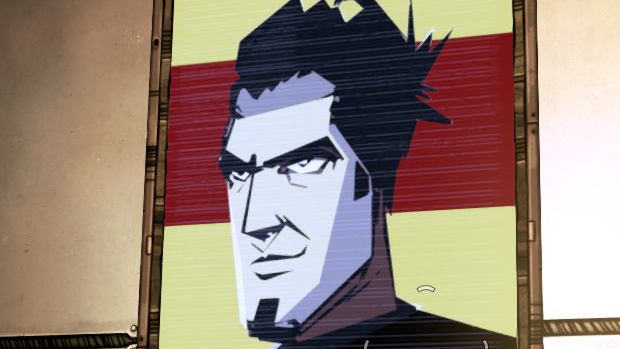 [Update]: In an email to Destructoid, 2K has confirmed that the Handsome AI bonus mission will be included for free as part of the update adding Ultimate Vault Hunter Mode, not part of the Holodome Onslaught DLC pack that retails for $9.99.

This one might be a bit tough to talk about without people crying foul for spoilers, despite that the promotional material made publicly available divulges the information. Suffice it to say, if you haven’t finished Borderlands 2, played Tales from the Borderlands, or seen anything on the Internet about the two, you should stop reading now (and probably stop clicking on articles about Borderlands, yeah?). There, I think I used enough space that nothing important will show up in the preview text.

When Tales from the Borderlands was first announced, we caught a glimpse of a hologram of Handsome Jack, the now-dead antagonist of Borderlands 2. Later, writer Anthony Burch clarified that “Handsome Jack is dead and he’s not coming back, but there are contingencies.” Most who could read between the lines took that to mean that he implanted his mind into an artificial intelligence, which we see in Tales.

To give more background on the origin of that AI, a bonus mission is being added to Borderlands: The Pre-Sequel. It involves Dr. Nakayama attempting to immortalize his idol (because of course it would). The mission should be available on December 16, when the next round of DLC releases.

It is not immediately clear from the Gearbox blog whether this bonus mission will be part of the $10 Holodome Pack (DLC 2) or part of the free Ultimate Vault Hunter update. Destructoid has reached out to 2K for clarification.