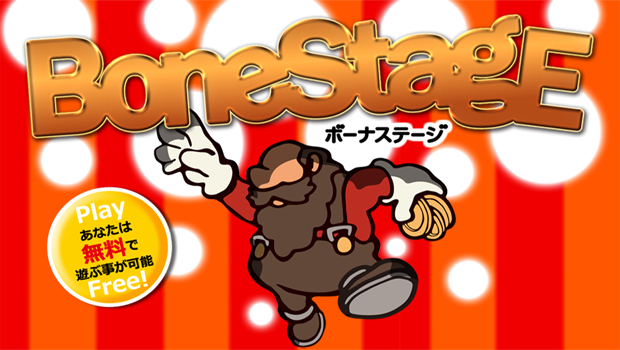 New game from the Tempura of the Dead team

8Bits Fanatics are easily the best kept secret in gaming today. They make amazing games, usually for free, and yet people rarely talk about them. Tempura of the Dead got some buzz, and once 1,001 Spikes is finished people are sure to freak out, but as of right now these guys are sorely under-discussed.

So let’s change that by talking about BoneStagE, the latest free download from the studio. On the surface, it looks like a simple treasure collection game. Be a bald bearded man who can jump forever! Collect coins, jewels, and other shiny things! Watch as the mysterious children watch you play, but don’t run out of time or you’ll turn into a cute little skeleton! That means Game Over!

Seems like a straight up 80’s-era arcade game, but why does the video warn of “Fear, Insecurity, Unpleasant / Fantasy Violence Animated Blood & Mild Gore / Partial Nudity”? What happens after Stage 28? Who is that lady?

Play the game for yourself and come back here for the discussion.