[This is the fifth in a series of exclusive guest blogs from the development team at Yakuza Studio on Binary Domain. Lead Game Designer Hiroyuki Sakamoto discusses the game’s multiplayer content. Binary Domain will be out on February 28 on the PlayStation 3 and Xbox 360. Stay tuned to Destructoid for more guest blogs up to the release!]

For this entry, we’d like to talk about Binary Domain’s multiplayer. The multiplayer map environments are basically customized versions of the stages you see in the Campaign Mode. For example, we added some high places you can snipe from, or added extra rooms to the original maps. We also adjusted some objects in the stages to make them work better for multiplayer. We had the team’s testers try the stages over and over again so we could make minor adjustments to perfect each level. We went through some graphical processing issues along the way, but we took our time to balance out everything while maintaining the graphic quality. 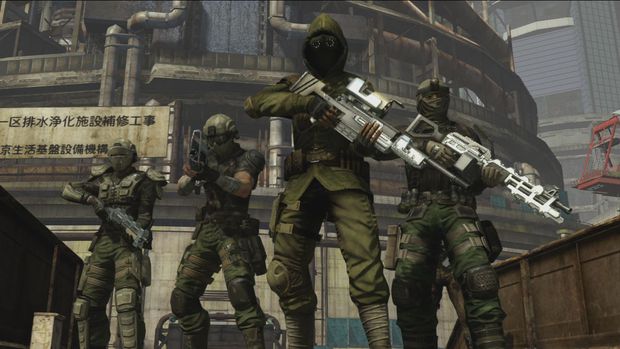 Of course, we’ve played all the major cover shooters like Gears of War, along with all the other FPS games like Call of Duty, BioShock, and Team Fortress 2. Our aim was to develop a game that could excite both the Japanese and Western market by fulfilling the basics built up by such great forerunners while further refining gameplay so that it is easy to comprehend and control.

A game with online gun battles requires precise synchronization of who received how much damage etc., so we went through a load of dev work designing and implementing the programs. However, as the game quality gradually increased during development, our testers were having quite some fun trying out the game! Every time we heard people screaming or laughing with each other in the studio, we knew it was turning into something good.

The Multiplayer Mode takes the shape of “Resistance Forces VS Government Troops”. This was an idea we had in mind from the beginning, because we wanted the players to experience the basic plot of the game’s scenario. In the Campaign Mode all the enemies from the Government are robots, but in the Multiplayer Mode you can control the elite human soldiers of 2080 Tokyo. 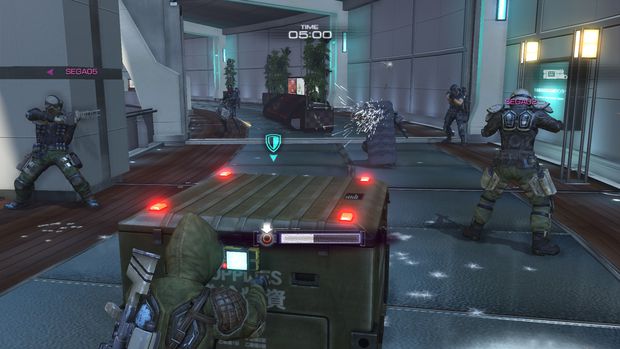 On the other hand, and to offer some diversity, the Invasion Mode will be “Resistance VS Government robots”, which will allow you to experience another side of the main campaign scenario. The objective of this game type is to beat a number of short rounds and earn points along the way to purchase stronger weapons. All this is done under cooperation with other players, which is another feature we had in mind from the beginning.

In summary, multiplayer is another big pillar of Binary Domain that we hope will make you feel a strong bond with your teammates and also let your competitive streak run wild. Try out the battlefields with unlimited comrades throughout the world. If you happen to encounter a player from Japan…please, go easy on him!