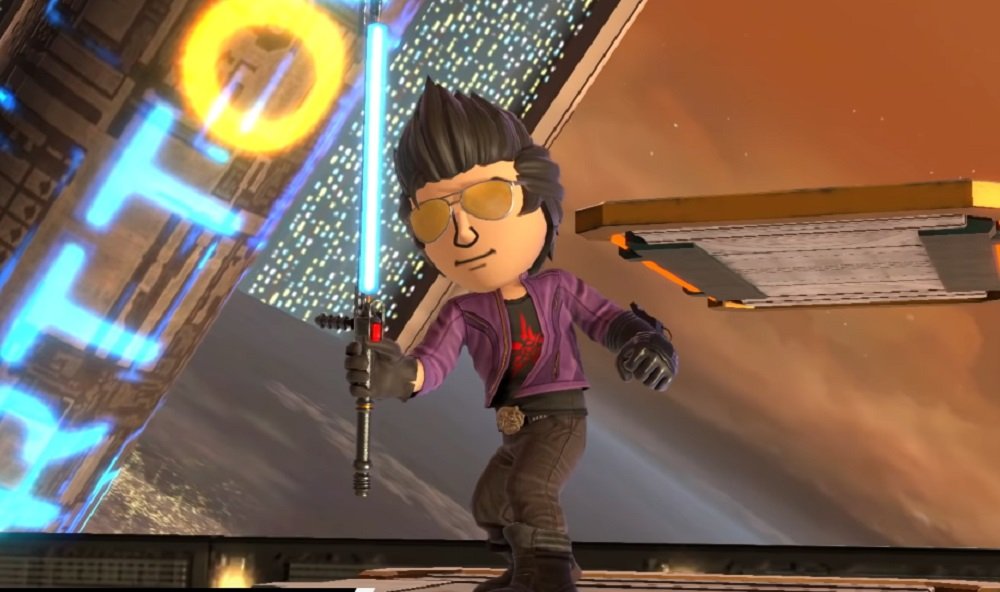 No More Heroes / No More Hope?

As part of this morning’s Super Smash Bros. Ultimate presentation, producer Masahiro Sakurai revealed the next incoming run of Mii Fighter costumes, which will arrive in the Switch brawler on October 13.

The new selection of fun cosplay outfits are based on popular characters from cutesy party classic Bomberman, old-school RPG Tower of Druaga and – in keeping with Smash Bros. Ultimate’s newest DLC character – a trio of characters from the best-selling video game of all-time, Minecraft, including the terrifying Creeper. Spooky.

Also appearing in the set is a skin for Travis Touchdown, hero of irreverent adventure series No More Heroes. This latter reveal has understandably disappointed some fans, who had been hoping that Mr. Touchdown would be joining the Smash Bros. Ultimate roster proper. No More Heroes creator Suda51 has taken to Twitter to celebrate the reveal.

You can check out the six new Mii Fighter costumes in the video below, ahead of their October 13 launch. Super Smash Bros. Ultimate is available now on Nintendo Switch.