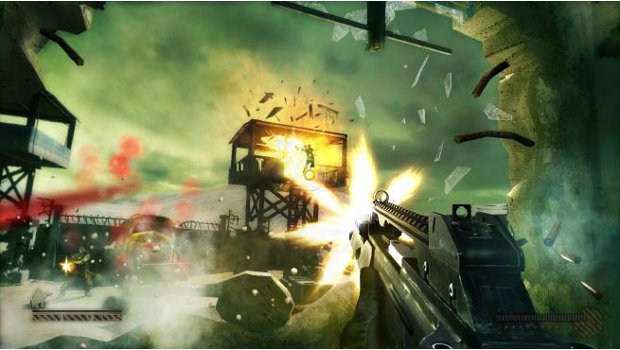 Yes, “kick the ass out of the world” is a real thing that Bodycount art director Max Cant has said, and I love it. In part two of the developer diaries for the upcoming shooter, the staff delves into what makes their game world stand out, chiefly, it is both colorful and highly destructible.

They also touch on the game’s class-based AI with enemy medics and engineers who, apparently, will stand between you and your hard-earned upgrade currency; seems like an interesting dynamic. They’re attempting to create an environment in which shooting every single thing in sight is both wholly and morally acceptable and, so far, it looks like they’re well on their way. Also, you kick the ass out of it; I can’t stress that enough.