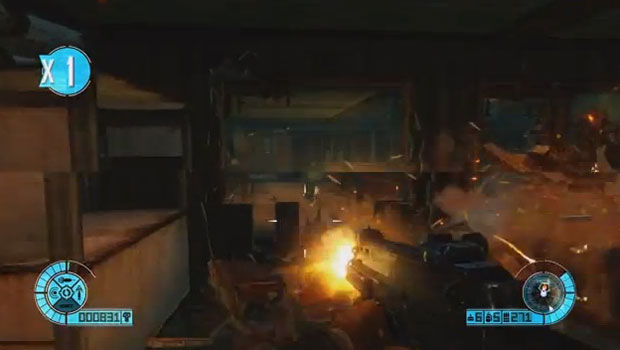 In the first of what will be a series of developer diaries, the folks behind Bodycount cut through the nonsense: this is a game about guns and shooting things with said guns.

They’re calling it a “really intense arcade shooter,” and saying they’re taking it back to the basics. What this means is fewer guns, but more attention to how those guns feel in your hands. You ever fire a gun in real life? It’s a pretty intense experience; the weight and kickback of even the smallest piece leaves an impression. That, along with a whole bunch of stuff exploding, seems to be where they’re going with the first-person shooter.

Bodycount is out August 26 for PC, PlayStation 3, and Xbox 360. I’m actually about to fire up some preview code to see how these guns feel, so expect more about that next week.