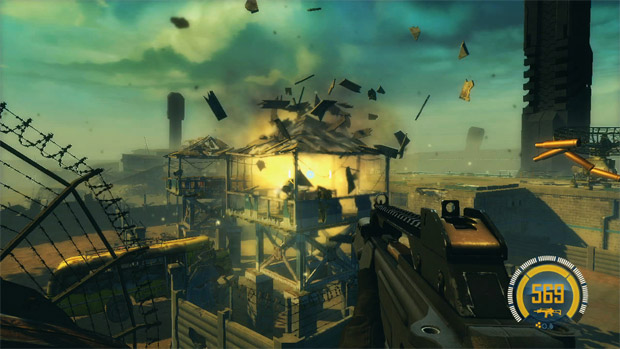 Speaking with Edge, Bodycount director Andy Wilson voiced what he feels is the one of the main problems with first-person shooters right now.

“I think the biggest thing in the FPS genre right now is trying to distance yourself from the hugely successful examples like Call of Duty or Battlefield. We’ve seen recent examples where it doesn’t work out so well if you just try to copy that and go one better.”

“We seem to have been lumped in with Brink and Bulletstorm,” he stated. “Visually they’re both very bright and poppy. They’ve also not gone down the CoD route, so we’re seeing more examples, I think, of developers trying to find their own space that’s not Modern Warfare or Battlefield.”

“I would hope that when people actually get their hands on Bodycount they’ll think, ‘Yep, that’s not really like anything else.'” One can hope. There’s also the issue of people only buying one or two FPSs a year. You can guess which one(s) they usually go for.