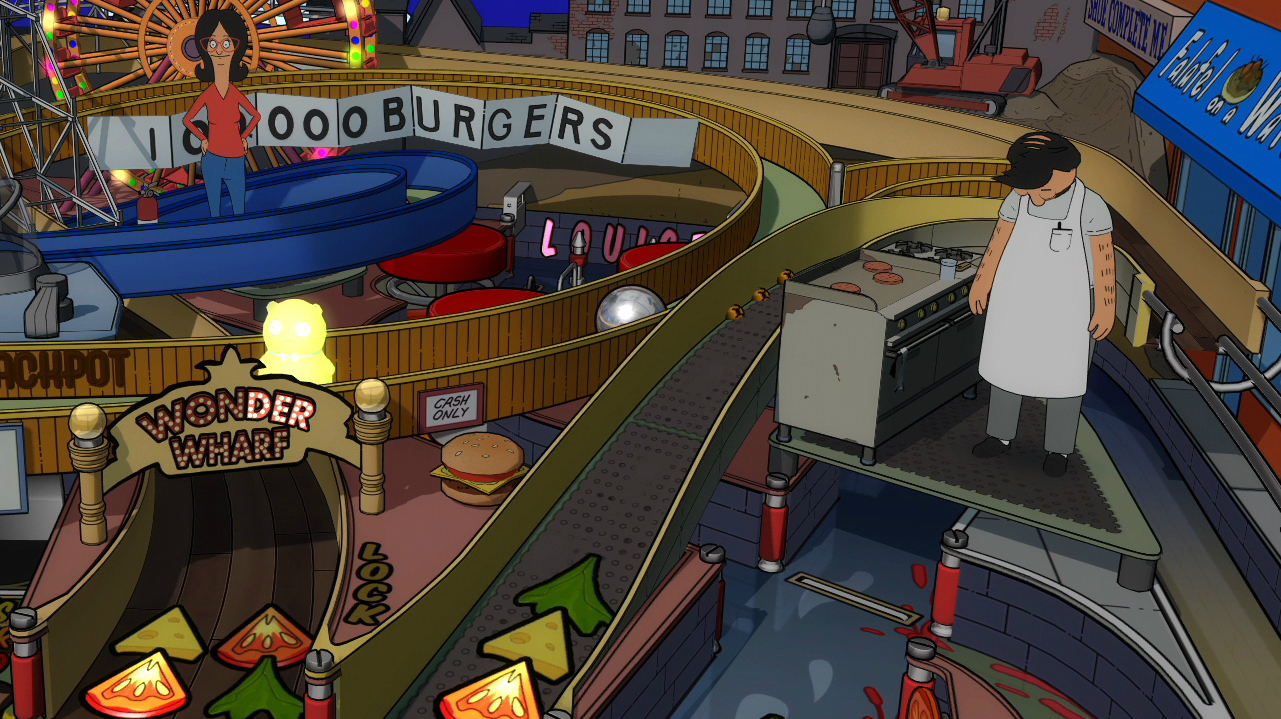 Joining Family Guy in Zen’s “Balls of Glory” Pinball Pack is the vastly superior Bob’s Burgers. The table is set up on the street outside the titular restaurant, with It’s Your Funeral Home & Crematorium next door and Jimmy Pesto’s across the way.

The whole family is here in some slick cel shading; Bob is manning the grill near the mustard-themed plunger, Linda is set up near a fire extinguisher toward the back, Gene is advertising in his burger costume out front, Louise is standing around across the street, and Tina… wait, where’s Tina? Don’t tell me they left out my favorite character! We can hear her near the end of the trailer, so maybe she has a role on the table not shown in the promotional material.

No specific release information is given past that this table is “coming” to Zen’s titles, spanning basically all relevant platforms. The Family Guy table was slated for “fall,” so if this is releasing along with it, we can expect it soon.