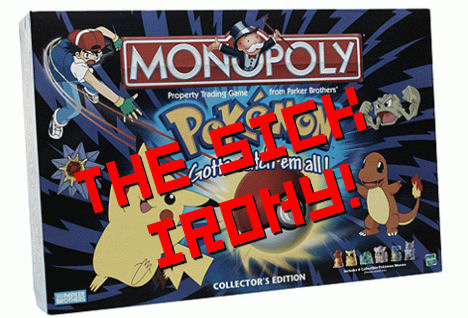 Sharma Howard, features writer for the Norwich Bulletin, has said that videogames can’t match the fun of board games such as Monopoly. Before we laugh her out of the building like elitist douchebags, let’s hear her argument:

See, that’s the great thing about board games, isn’t it? You can vent your competition, frustration, at your siblings, your spouse, in a healthy way that hopefully ends up in laughter, as long as you don’t take it too seriously. I just don’t think we can do that electronically.

In electronic games, the action on the screen takes on a life of its own, not the relationships among the players. Yet these games are earning converts as board-game sales dwindle. Last year, games and puzzles accounted for only about 10 percent of the $22 billion toy business, according to the Toy Industry Association.

That’s her entire argument, by the way, summed up in two paragraphs, which can be boiled down even further into one sentence: “I just don’t think you can do that electronically.” Providing no real basis for her argument, Howard merely says she “doesn’t think” videogames can be as fun as board games and leaves it at that. Feature written, paycheck earned. I must say, I expected more when I agreed to write this “story” up.

If that’s how we’re going to do things then, I present my argument in a similar fashion: I just think you’re wrong, Sharma Howard.