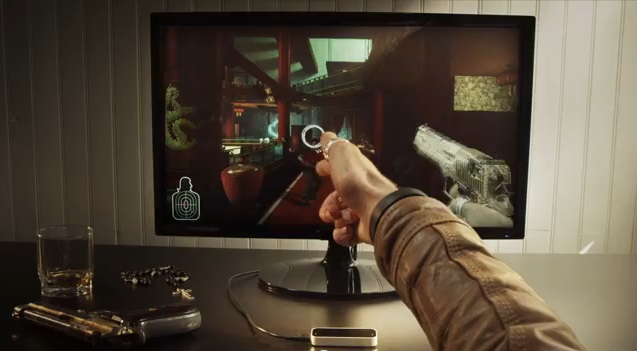 It’s that game for the Leap Motion PC accessory

Based on the comic book series Blue Estate, Focus Home Interactive adapted the property into an on-rails shooter for the PC back in 2013. It was made exclusively for the Leap Motion accessory, which turned your finger into a reticle, much like Microsoft’s Kinect.

It makes sense then that the studio is porting the game to the Xbox One and PS4, which will arrive in the third quarter of 2014. The console ports will include a co-op mode as well as the full campaign from the original. I’ve had a chance to play it myself, and the most flattering word I can use to describe it is “okay.”