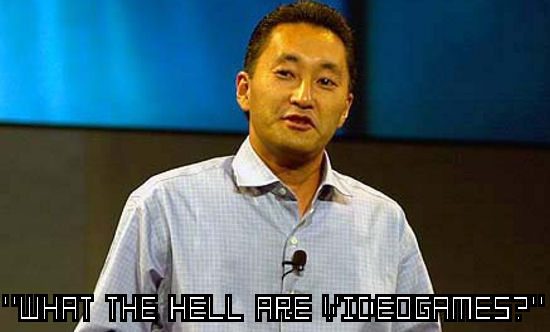 If there’s one thing Sony knows how to do, it’s a crazy advertising campaign. It’s something of a shock then that the new campaign is actually quite tame in comparison to the insane war veterans, silly cartoons and deformed heads that we’ve seen in the past. As reported before, Sony is going back to its schizophrenic marketing by pushing the Blu-ray capabilities of the PS3 above its games, because it’s not just high definition — it’s higher definition!

Marketing Manager for PlayStation 3 Kim Nguyen says that “the theme of this year’s campaign uses computer animation to model key PS3 iconography in a black onyx world.” I’ve no idea what that babble means either, but it basically amounts to an animated banner that looks something like this.

When is Sony going to realise that real gamers just don’t care about Blu-ray? Superior visuals have not been a deciding factor in the past several console wars. If they were, then the PlayStation and PlayStation 2 would never have been so successful. Gamers go where the games are, it’s as simple as that. I don’t know about any of you, but mention of the Blu-ray format just irritates me at this point.

Am I alone here, or has that banner been enough to sway some of you?