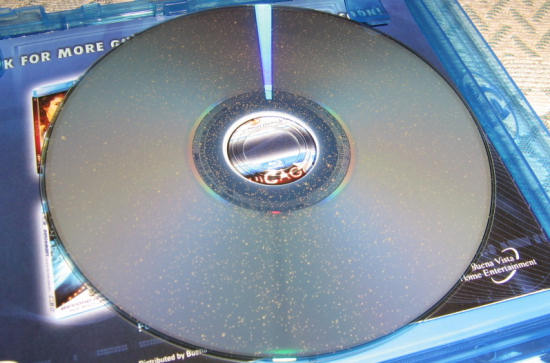 Just when things couldn’t get worse for Sony, it looks like karma has yet another surprise in store. According to several members of the AVS Forums, Blu-ray copies of The Prestige are starting to rot like old Star Wars toys. Identifiable by little spots underneath the surface of the disc, the mould renders an unlucky copy unplayable in a manner similar to the rot that has befallen certain Laserdiscs, CDs and DVDs in the past.

Reports of the rot are, thus far, isolated in one forum thread and seem to only be of real concern to those who bought The Prestige. That said, news about BDs rotting so soon after purchase is likely to be the last thing Sony needs right now, with all the bad press it seems to be attracting like priests to a daycare center. Whatever you do, make sure your games don’t get wet and never feed them after midnight. Wait, that’s mogwais. Either way, if I were Kaz Hirai, I’d seriously be wondering if God saw me drowning those puppies, because this is luck that can only be described as … rotten. Ha ha, I slay me.