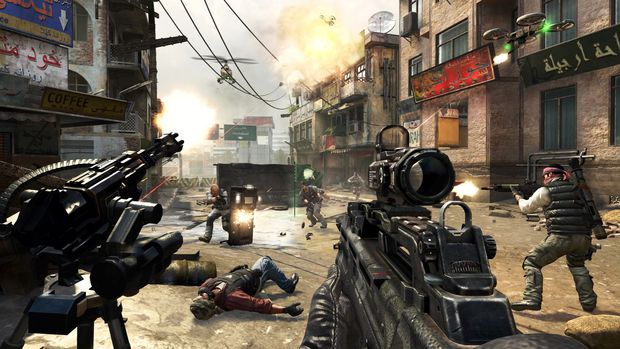 Fans that pre-order Black Ops II will be given the Nuketown 2025 map, as seen in the latest video from Treyarch. Nuketown was fun in the first Black Ops thanks to how small the map is, but there’s an even better and smaller map that’s in the new game.

The map I’m talking about is set on a yacht, and it’s designed in a way to prevent spawning abuse. It feels even smaller thanks to how confined the space is too.

Still, Nuketown will be fun for the party games like Sticks & Stones and Gun Game. Think they’ll include the musical easter egg again?