It’s been great having continued reasons to revisit Bloodstained: Ritual of the Night, especially as of late. I’ve been on a real Castlevania kick with the Game Boy Advance lineup and the perennial Symphony of the Night. The latest free content update for Bloodstained, Classic Mode, has far more of a retro feel.

There’s something about a castle-storming hero looking off into the distance that just feels right. 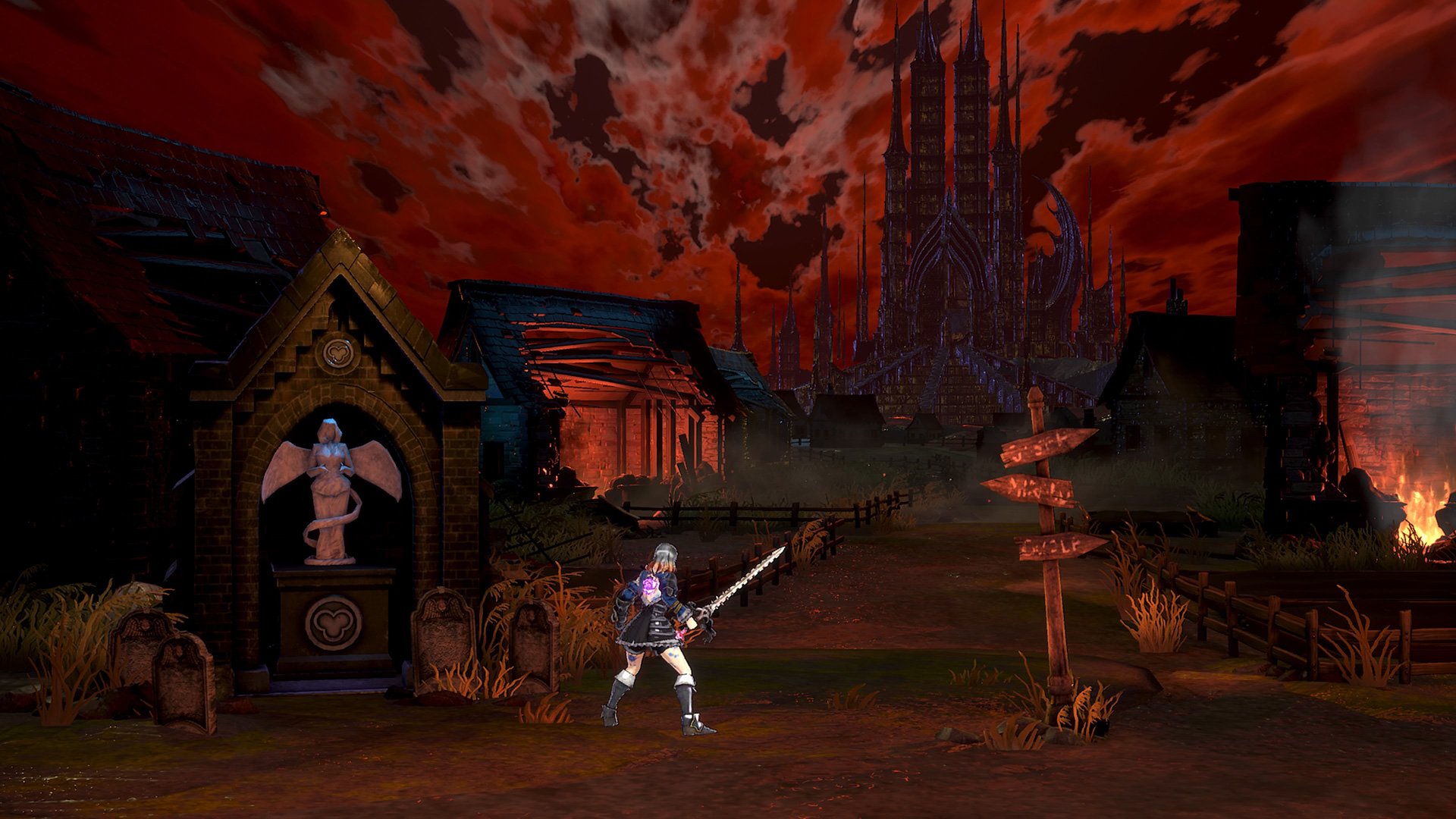 I spent half an hour with the whip-cracking, stair-climbing, pitfall-dodging mode this afternoon and that’s exactly what it’s good for: a session or two of linear action-platforming fun. I’m cool with that.

From the main Bloodstained menu, you can find Classic Mode listed under Extras – you don’t need to have cleared the main campaign or anything. You’ll choose between Easy, Normal, and Hard, and if you can’t clear all five stages in one sitting, you can pick your save file back up later. I left off with the third level, which culminates in a double boss battle that I wasn’t adequately prepared for. Classic Mode has (infrequent) checkpoints on Normal; if you run out of lives, you’re kicked back to the start of the level. 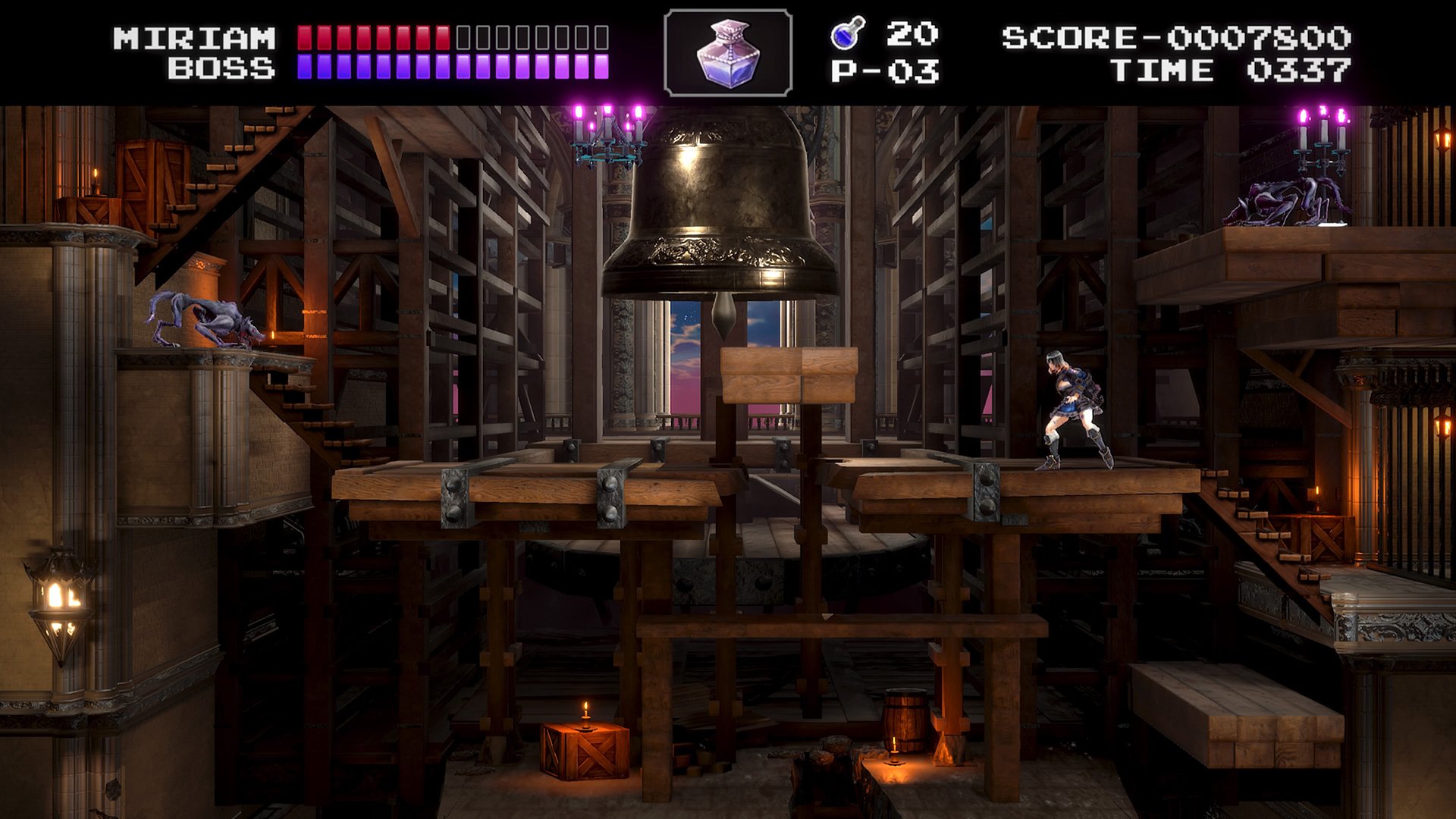 For better or worse, this is classic NES-era Castlevania, albeit with more modern visuals.

By that I mean the foes themselves aren’t the real threat – many of the repurposed Bloodstained creatures will perish with a single strike of your whip or a sub-weapon like the throwing knife. Instead, you’re far more likely to succumb to tricky back-to-back platforming sections with bottomless pits.

Miriam has a fairly high jump in Classic Mode – and she ever so briefly “hangs” mid-air at the top of the jump to give you slightly more control. She can also slide or use a backflip to get out of trouble. There’s just enough going on to keep things engaging without ever feeling too dull or too overwhelming.

If I have any nitpicks, it’s that the bosses are a tad too simple, and the load times aren’t very short. 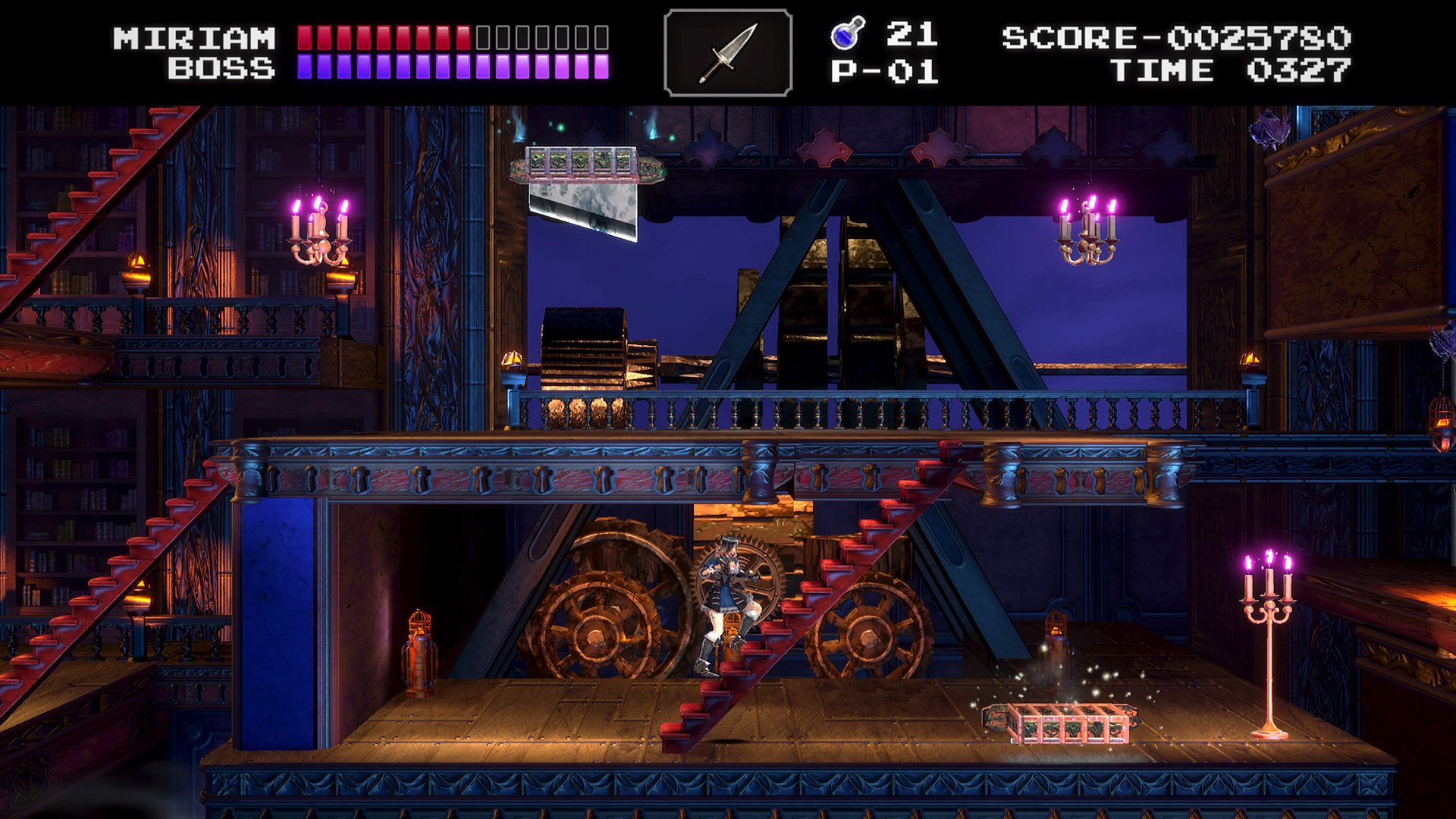 As for the level layouts, they’re familiar in a good way. You’re gonna want to pull out the handy old leap-into-a-diagonal-stair-climb maneuver that has served Castlevania fans well for so many years.

Classic Mode doesn’t feel as fresh as something like the fantastic Curse of the Moon spin-offs, but considering it’s a free update – the latest in a line of updates, I should add – I’m pleased with it.

Props for styling the castle map like the oldies.