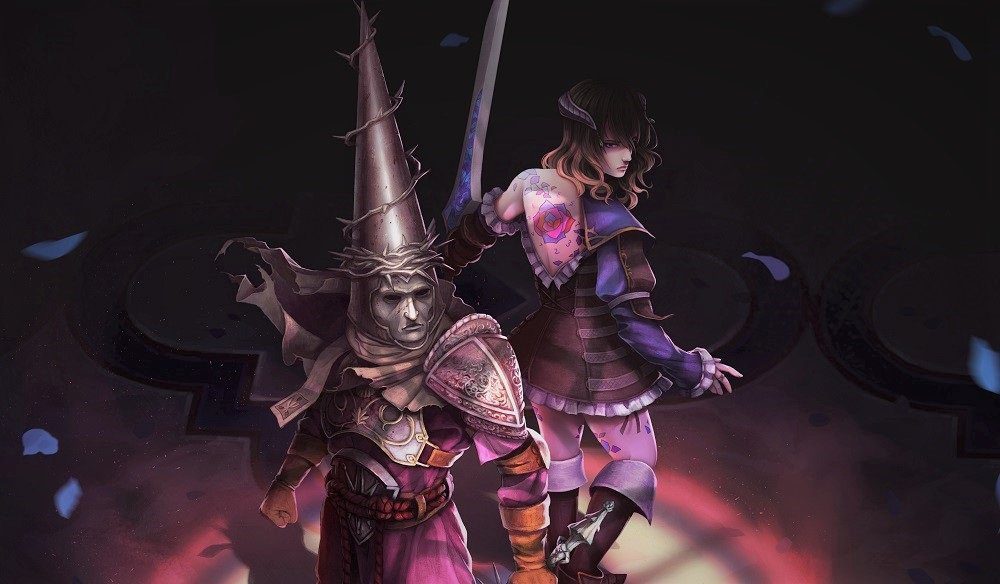 Talk about a match made in Hell. The lovely Miriam, hero of 505 Games’ Castlevania-like platformer Bloodstained: Ritual of the Night is getting set to make a guest appearance in Team 17’s critically acclaimed nightmare, Blasphemous. What a crossover!

The free update, titled “Strife and Ruin” will arrive on PS4, PC, Xbox One, and Nintendo Switch on February 18, and will see the last Shardbinder visit in the land of Cvstodia, seeking help from protagonist The Penitent One. Miriam is trapped in the dismal and terrifying realm, and The Penitent One must help her by gathering lost shards from around the kingdom in order to rebuild the portal back to Hellhold, so our gal can finally return to her own world of abject misery.

But that’s not all, as the Strife and Ruin update will also add a new Boss Rush mode to Blasphemous, challenging the finest knights to run a gauntlet of unholy guardians in the ultimate test of skill and endurance. Additionally, (and much like Bloodstained itself), a new 8-bit demake of Blasphemous is also available, accessible via an arcade cabinet hidden somewhere within Cvstodia. Dig it out and you can experience The Game Kitchen’s grim world in classic NES-esque glory.

This sounds like a fantastic freebie for Blasphemous fans, as well as perhaps one of the finest and most perfectly suited crossovers since Gris somehow visited Rainbow Six Siege.