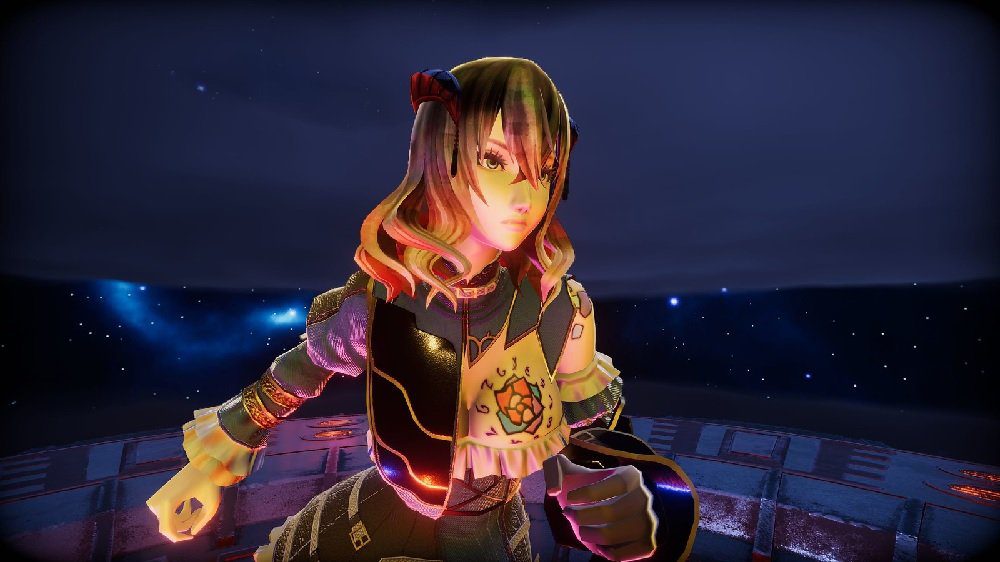 Miriam has sure been getting around lately. Fresh off of her recent jaunt to Blasphemous‘ grim world of Cvstodia, the Bloodstained: Ritual of the Night hero is preparing to bring her hack ‘n’ slash ways to the arenas of Forthright Entertainment’s recently released brawler, Mighty Fight Federation.

As revealed during yesterday’s New Game Expo Plus (NGPX) presentation, Miriam will arrive in-game this spring, joining a list of VIPs who have made guest appearances in the fighting title, including retro hip-hop heroes Toe Jam & Earl and platforming buddies Yooka-Laylee. According to developer Komi Games, Miriam will have one of the largest movesets in MFF to date, combining her mastery of multiple weapons with her cursed Shardbinder abilities. Bloodstained designer Koji Igarashi was on hand to ensure the authenticity of Miriam’s inclusion.

While no in-game action has been made available, a short video shows off our gal’s new character model and animations. She’s lookin’ cool, that’s for sure. Hopefully, more developers will come to realize how you can immediately improve your game and optics by adding a solid dose of Miriam, and I won’t rest until the Shardbinder is available in Super Smash Bros., Tekken, Puyo Puyo Tetris 2, and Madden.

Miriam from Bloodstained (@SwordOrWhip) is joining the Mighty Fight Federation! Check out the PlayStation Blog more information and a quote from @kojiiga himself!https://t.co/Xnn1JTcvI6 pic.twitter.com/f7HNeI4cfm