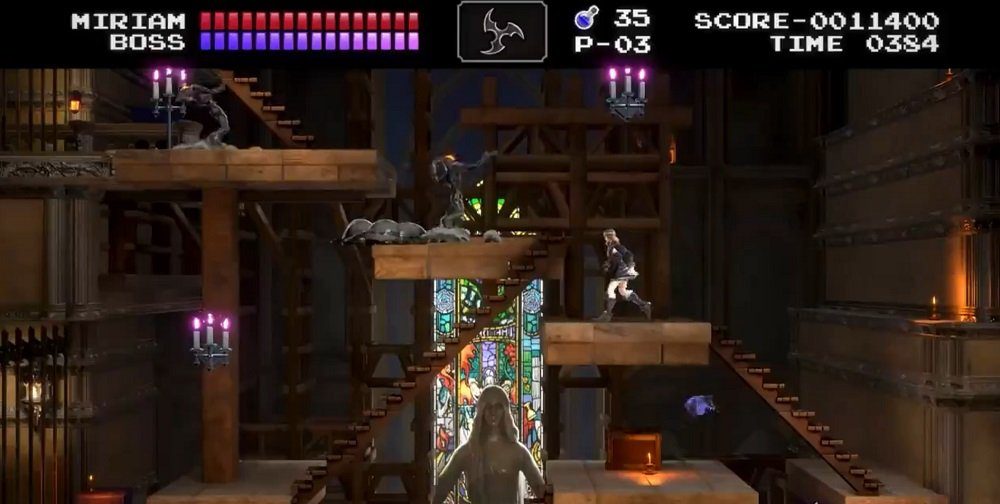 Publisher 505 Games and developer ArtPlay has shared some more footage of the incoming “Classic Mode”, which is headed to gothic platform adventure Bloodstained: Ritual of the Night next month.

Classic Mode will see Miriam take on Hellhold and its ministry of darkness in old-school 2D platforming action, much akin to the fine Castlevania titles of the SNES era. Fans of said games will immediately recognize the gameplay style in the tweet below, with footage of Miriam climbing staircases, leaping chasms, smashing candelabras, and taking on an army of monsters armed with a deadly whip. Simon would be very proud indeed.

Classic Mode is one of a selection of free DLC additions released for Bloodstained: Ritual of the Night since its initial launch back in 2019. Igarashi’s crowdfunded adventure has since received alternate protagonists, Randomizer and Boss Revenge modes, as well as a mobile port. More content is expected in 2021, including further stability updates for the Nintendo Switch edition.

Classic Mode brings back old-school gameplay as you fight through five levels of demons and challenge Gebel’s deadly bosses.