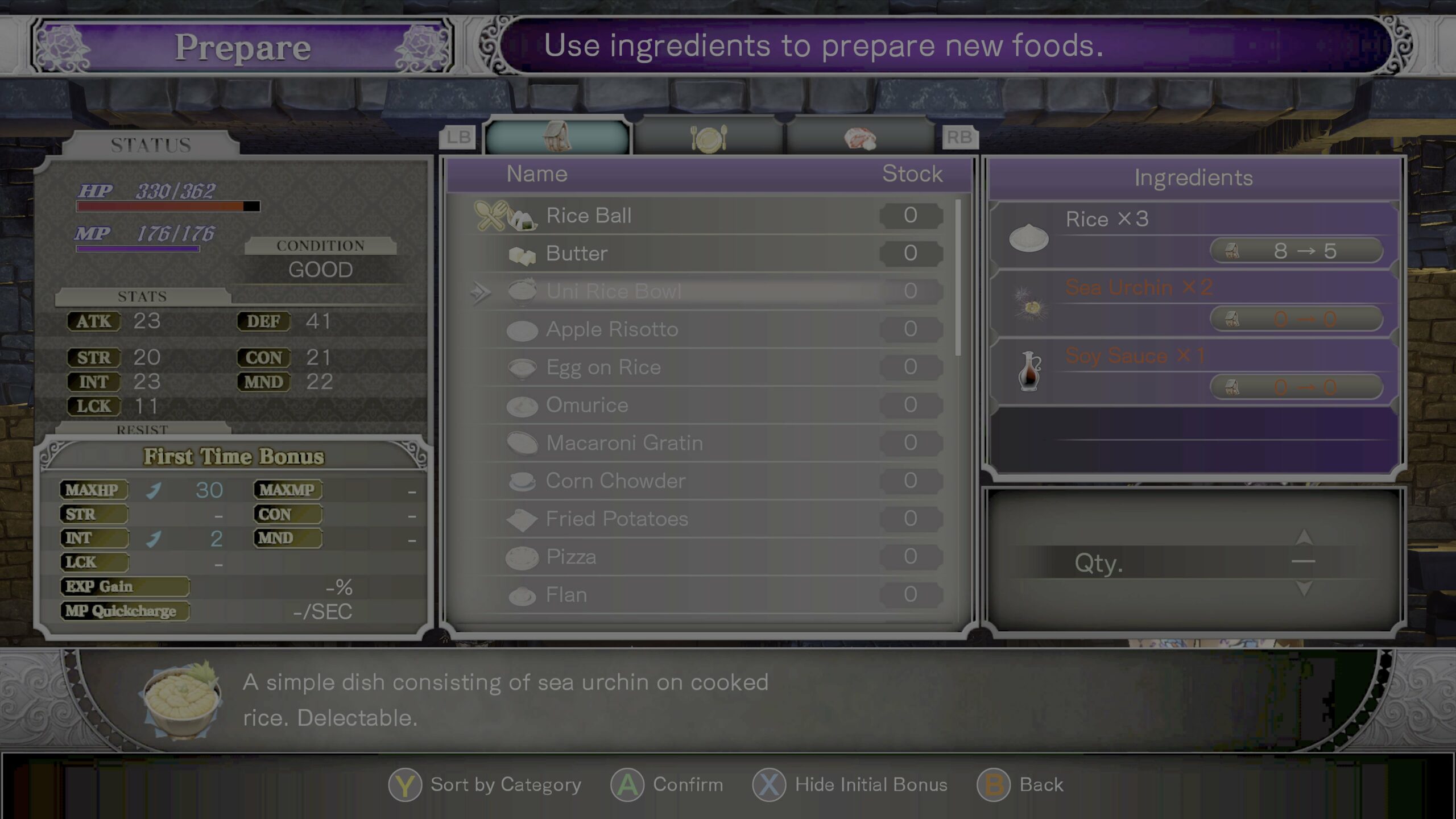 Get that permanent bonus

So Bloodstained has a few esoteric concepts hidden beneath the surface just like a classic Castlevania game. While some are more spoilery than others, I figured I’d take the time to talk about a very simple and very early mechanic that might help people out.

What you’re look at above or below is a shot of the early game crafting menu (to avoid spoilers), found in the eastern-most room of the hub area, which is accessible after completing the ship tutorial. You may have noticed the “prepare” option, which allows you to use ingredients to prepare new foods, but may not have fully understood what the “first time bonus” menu represents.

So food can be used for several different purposes: you can eat it to regain health, pass it off to the old woman in the hub to complete quests, or eat it for permanent first consumption bonuses. Yep, those stat bonuses are permanent and will persist throughout the entire game, so long as you eat that food type once. See that little fork and spoon icon near the Rice Ball? That means you’ve eaten that type of food and have already reaped the bonus effects.

What you’re going to want to do is work your way down the entire “prepare” menu and eat everything you can (preferably in the middle of a boss fight to get more use out of food) to power up. Ingredients can be purchased off the shop in the hub, grinded from enemies (check the archive in the pause menu to see what each enemy drops), and synthesized from this very “prepare/craft” menu.

The bonuses for individual pieces of food often aren’t stark, but could be the difference between barely killing a boss and failing. 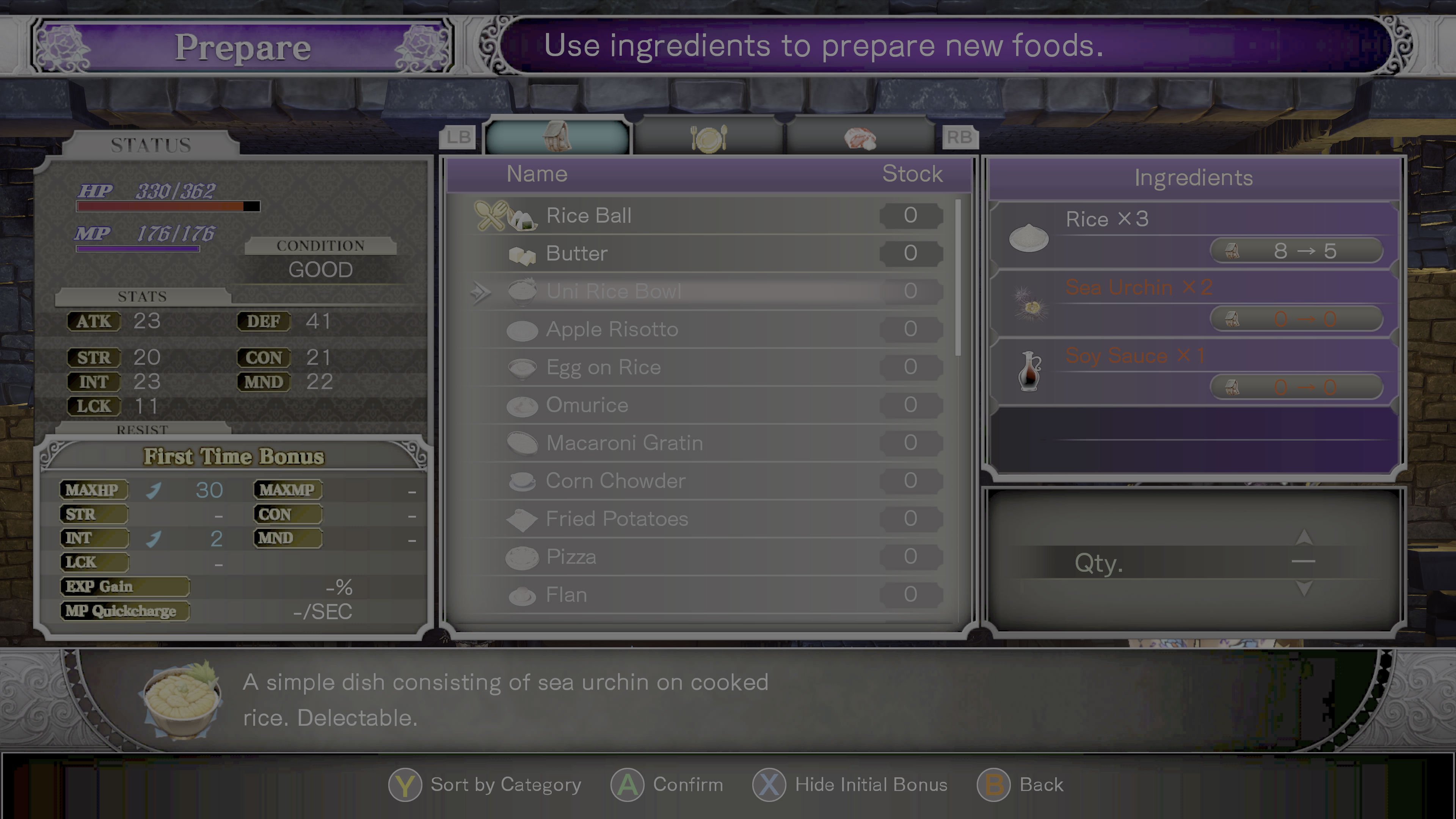