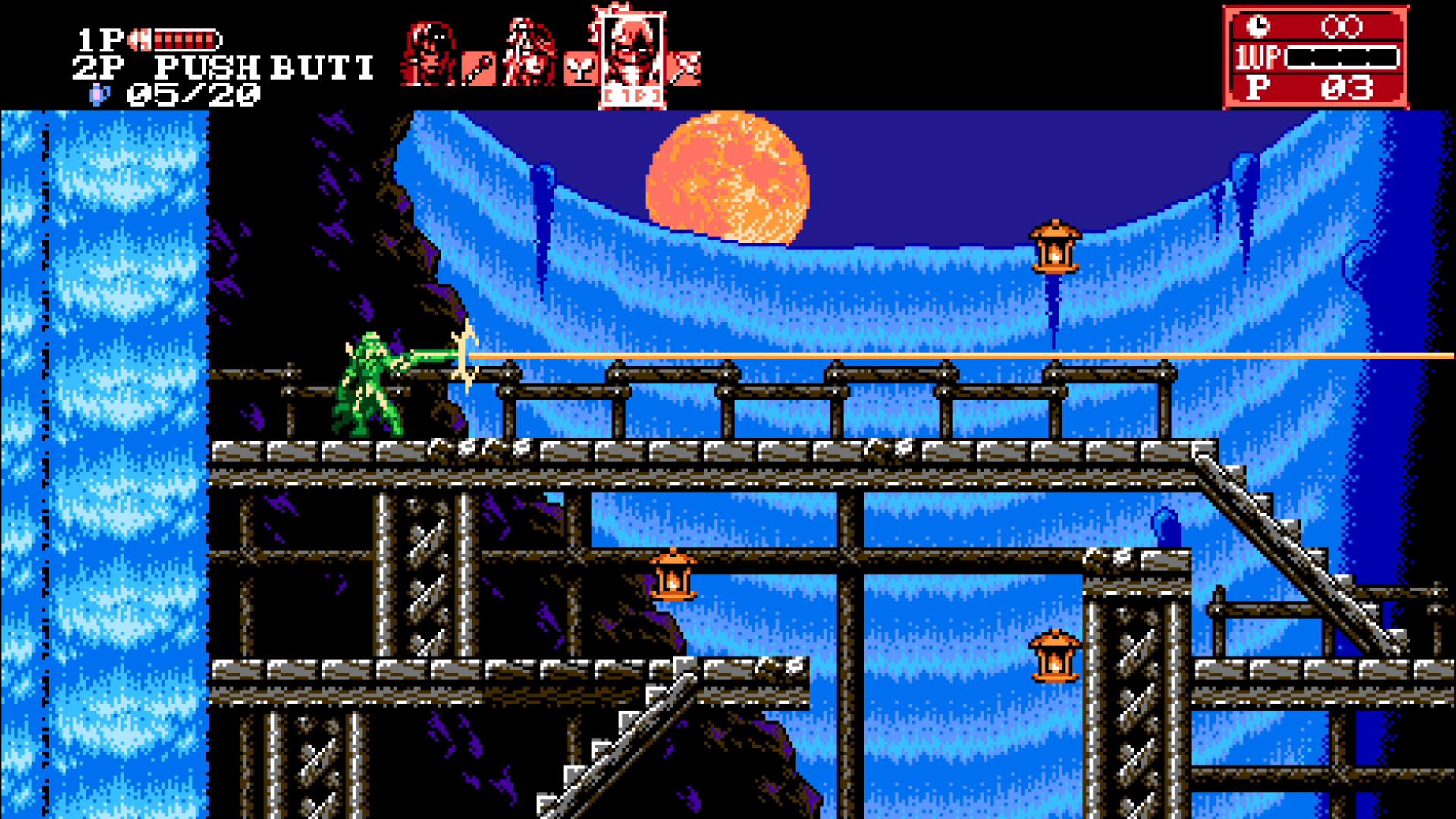 Inti Creates has announced that its recently revealed retro sequel Bloodstained: Curse of the Moon 2 will launch on Nintendo Switch as soon as July 10. Budding castle adventurers can pre-order the title over on the Nintendo eShop, priced at just under $15.

The developer also revealed that Curse of the Moon 2 will feature a new two-player co-op mode, allowing you to take a pal on your quest into the gothic walls of a haunted castle. In addition to previously announced heroes Dominique, Zangetsu, Robert, and Good Boy Hachi, Bloodstained: Ritual of the Night alumni Miriam, Alfred, and Gebel will also be featured as playable characters, each bringing their own skills, weapons, and abilities to the pale-skinned party.

All-in, this is looking like a really good time for a reasonable price. I’m excited to check it out in all of its 8-bit gory glory. Bloodstained: Curse of the Moon 2 launches July 10 on PS4, PC, Xbox One and Switch.