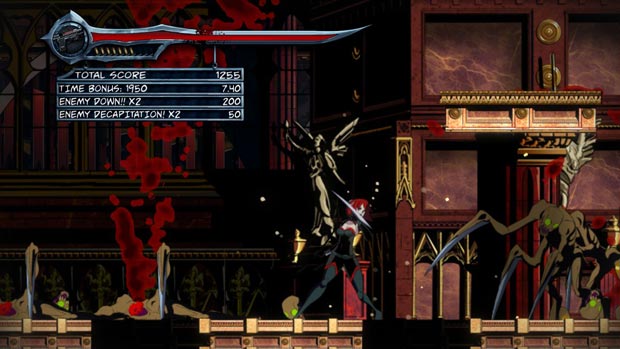 Okay, so maybe Jim didn’t care for WayFoward’s reboot of the BloodRayne franchise with last week’s release of BloodRayne: Betrayal, but I’m here to tell you that it wasn’t all bad. The game’s soundtrack, composed by Jake Kaufman (the composer of Shantae and Contra 4 as well as a famous chiptune artist and game music arranger), is actually pretty awesome, taking inspiration from Castlevania: Symphony of the Night with its guitar shredding and epic orchestral accents. Oh, and don’t forget about the unlockable “chiptune” mode which replaces the entire soundtrack with retromazing 8-bit variations.

Kaufman took the liberty of releasing the soundtrack yesterday on the Ubiktune label, providing some back story about the soundtrack along with an explanation of how the 8-bit chiptune mode came about. The music itself has been uploaded to Bandcamp where you can simply stream or name your own price for a download. Whether you decide to pick it up for free or kick $5 his way, it’s worth checking out.

For those who’ve given the game a spin despite our scathing review, did the soundtrack at least stand out? Do you think more games ought to feature an 8-bit mode?