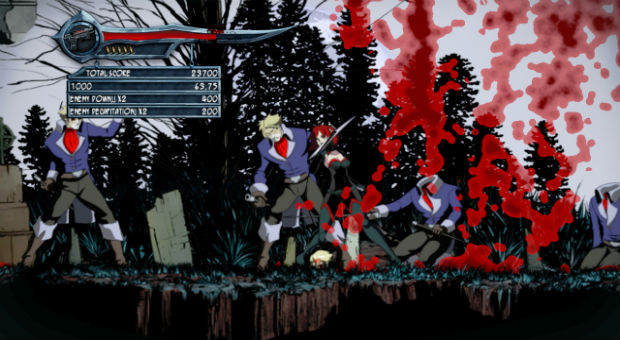 Wait, weren’t we just talking about this game?

I know, I know. It seems like we were just talking about BloodRayne: Betrayal just the other day. Well, I was. Now I’m talking about it again, because it’s it’s coming to PC next week via Steam.

On April 30, you can hack and slash your way through a muddled sea of baddies, hop on dudes to drain them of their very life essence, and wish that you were playing a better version of BloodRayne. As I said only two days ago, I’m still hoping there’s a reboot reboot. Not any of this WayForward side-scrollin stuff, but a brand-new, honest-to-goodness update.

If you’re just interested in beating up dudes as a hot vamp, then I guess Betrayal is okay for now. I’d rather get my Vampire: The Masquerade – Bloodlines on, though.