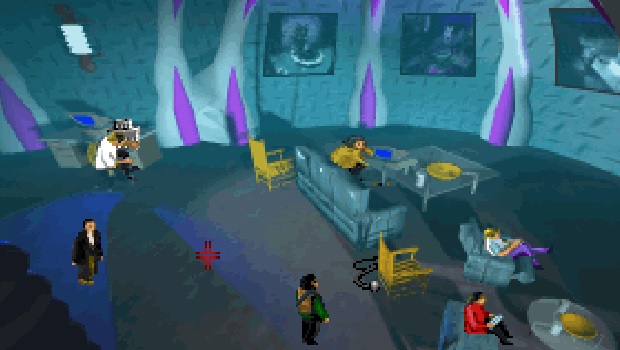 This Microspose RPG is 20 years old

I’ve got to hand it to GOG.com, they’re really reaching back to bring some these old PC games kicking and screaming into 2014. I’ll freely admit I hadn’t heard of BloodNet, an RPG/adventure game from Micropose that was released in 1993 but then again, I was 13 at the time and the only PC I had access to was my dad’s work laptop which was mainly used to play the shareware version of Doom. Ah, the memories…

However as a dyed-in-the-wool cyberpunk fan, BloodNet seems right up my alley, despite the main conceit being, well rather silly. It’s the year 2094 and you control Ransom Stark (because only people in videogames have names that cool) who is a former corporate hacker who is bitten by a vampire. So not only will you face off against corporations and cyberpunks, you’ll be facing off against the undead too.

It sounds pretty kooky and most likely plays that way too. I’m not too fussed. I’m such a fan of the cyberpunk genre, despite its tropes and clichés, that I’ll often watch or read films and books that aren’t very good to get my fix of future noir. Heck, a few weeks ago I watched Nemesis and that’s some hot garbage right there. BloodNet is out on GOG.com right now for just $5.99 and might be worth a shot if you’re a fan of the genre. If you’ve played the game when it came out, leave a comment as I’m curious as to how well regarded this is.