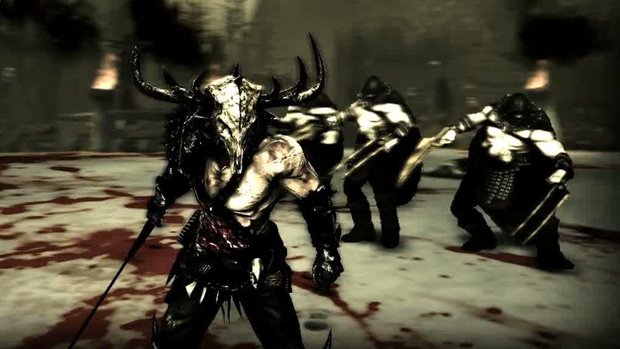 The fine folks at Climax have produced a new developer diary for their upcoming Xbox Live Arcade title, BloodForge. This dark and gory title got my attention when it was announced and it still appears to be a hyper-violent affair with a lumbering badass warrior.

In the video, there’s a lot of talk about crafting Crom himself, making him a character who’s less athletic than he is overwhelming. There’s also quite a bit of discussion the game’s audio/visual tone and how they attempted to strike a graphic novel feel, citing 300 as a reference. If you ask me, the whole thing looks taken right out of Frank Frazetta’s Death Dealer.

You can check out BloodForge for yourself when it releases on XBLA April 25th.