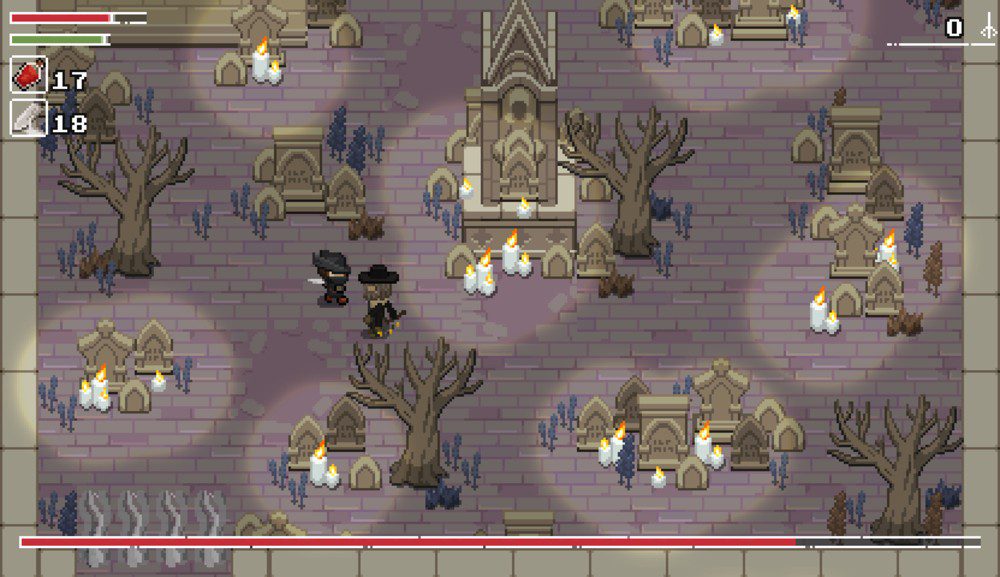 Most people look at Bloodborne and have nightmares that very same day. Max Mraz looked at Bloodborne and thought “what if it was super cute and also kinda Zelda?” The result is Yarntown, which is a deliciously good name for a less intense version of From Software’s Lovecraftian nightmare world.

It’s not just a concept either, as you can play it now on Itch.io for free. It utilizes the top-down Zelda style camera combined with a simple movement system that allows for melee and ranged attacks, as well as dodgerolling and blood vial healing. The classic lantern-revive system is intact, as are the first few boss fights (Cleric Beast and Father Gascoigne). Once you down Gascoigne, the developer himself greets you and the game ends.

While the enemy AI isn’t the best, the aesthetic is pretty much perfect for what the project is trying to get across, and it even has a level-up and upgrade system. With some shored-up boss behavior I’d play through a full re-creation!