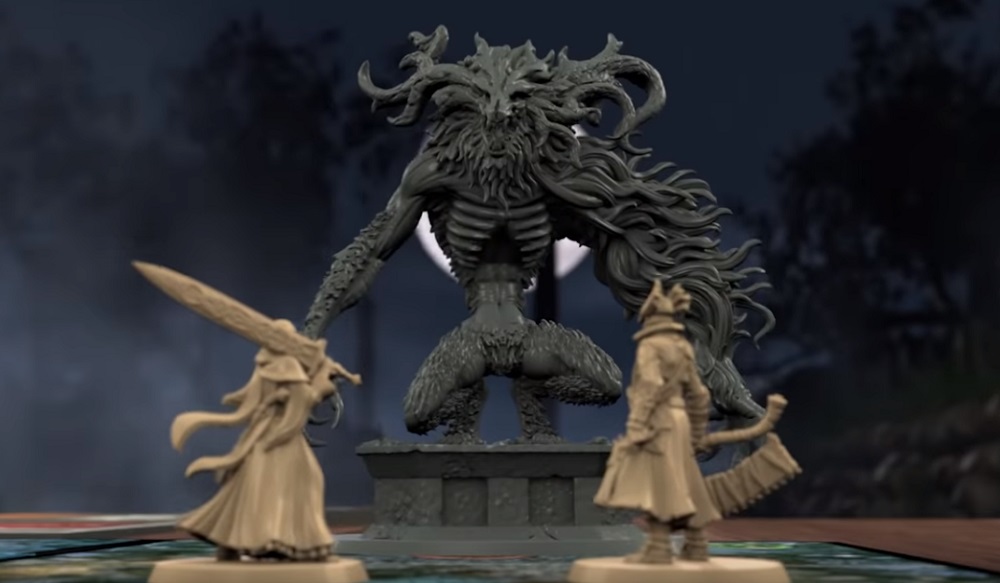 FromSoft’s grim adventure title Bloodborne is set to join the myriad of video games currently queuing up for a tabletop adaptation. A crowdfunding campaign to bring the RPG screaming into the real world will open next week, courtesy of board game makers CMON.

A proof-of-concept trailer has been released, which shows the game in action. A tile-based system will attempt to recreate the dynamism of Bloodborne’s exploration, while cards will be used to designate fights, quests and decision-making. Featuring famous locations, characters and creatures from the the game, Bloodborne will attempt to present fresh adventures with every playthrough, as players explore Yarnham and battle its monsters.

This isn’t CMON’s first dalliance with the franchise, as the company has already put out a Bloodborne card game in the past. If you’re interested in helping get this idea off the ground, then crowdfunding begins on Kickstarter Tuesday, April 23 at 15:00 ET.

Bloodborne – the video game – is available now on PS4.