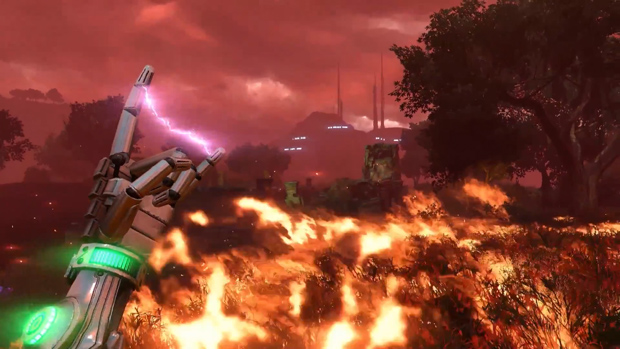 There may or may not be cyborgs in it

The creative director of Far Cry 3: Blood Dragon is working on his next game at Ubisoft, which he’s described as “the dream project. It’s the one all of us have always wanted to make and it seems like they’re gonna let us do it,” he revealed to Polygon.

While it’s possible the title could “go out the window,” Evans says he’s assembling his “dream team” and has earned trust from the company “to go and build a compelling and unique universe.” This won’t be more Blood Dragon, in other words. (Though that could one day happen.)

One member of this team is concept artist Darren Bartley whose DeviantArt page is telling in all the right ways. While Evans wouldn’t give the name of the person responsible for art direction yet, he said it’s someone who has an eye for 1980s and ’90s aesthetics and previously worked on AAA stealth and third-person shooters. You don’t say.

Funny how little actual information is needed for me to be interested in this.