A few months back, a war broke out in the Dtoid quickpost section. It was, quite simply, a war of the waifus. User after user was either proclaiming their love for a particular game lady or telling each other why their “best girl” or guy was better than the others. And then I told them Chie was wet dumpster trash and that Mitsuru and Margaret were the best Persona ladies (sorry, Steven).

Actually, I think I just laid claim to all potential waifus, but this fairy likes her Persona gals posh and classy. And gay, but alas, Atlus has no option for that yet in the series. Who’d have thought Nintendo would have beaten it to the punch on both gender and romance options?

While some folks may never see a game character as anything other than a set of ones and zeroes they control or work with to destroy the bad guys, it’s not unusual or unhealthy to feel some level of affection for the characters we control, ally with, or even create. As fun as the duck-and-cover shooting or moral quandaries Commander Shepard faces may be, some people just like talking to Garrus or Samantha Traynor more and seeing where their hearts go. Or crying at the bar after Samara turns them down in Mass Effect 2.

Then you have Fire Emblem, which used to be about getting to know a colorful cast of characters and feeling like crap if you got them killed by way of a bad strategic decision. Now those colorful characters can fall in love, marry, have kids, AND die forever if you make a bad tactical call.

Before Tharja turned up, I kinda had the hots for Flavia. I liked her tenacity, confidence, and how well she carried the look of a seasoned warrior. While not as posh as Mitsuru, confidence is sexy and their shared voice actress sells that trait incredibly well. She gives me warm feelings and makes me weak in the knees. So dreamy…

Simply put, romance in games has a lot of sway these days and it’s an entirely valid reason to play. It’s not always been chocolates and roses. I remember the time Final Fantasy VIII forced Squall and Rinoa to be an item and it made me want to gag. Quistis was clearly the better woman and poor, introverted Squall was just dragged into Riona’s love by the writers whether he liked it or not. The more subdued, implied romance between Laguna and Raine, however, was so lovely and well-written that it got me breaking out the tissues at the end. 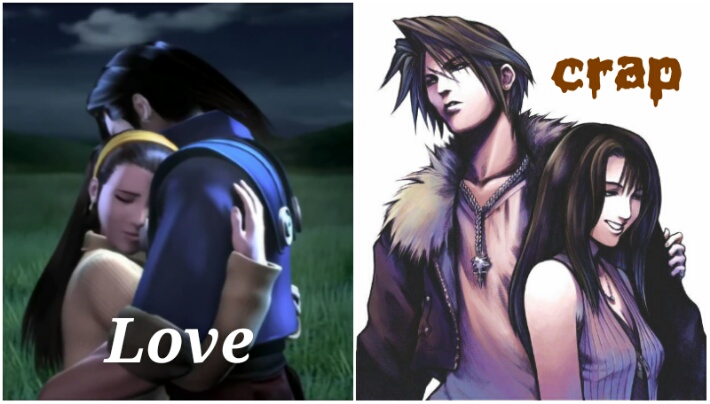 With all that said, it’s time to declare your love. Who’s your waifu or husbando of choice? Were there any attempts at romance in games that either satisfied, disappointed, or could have stood to just not be there at all?

Whatever your take on the topic is, when you start your community blog, place “Waifu Wars: [Your title here]” or “Husbando Wars” in your topic title and be sure to apply “Bloggers Wanted” in the tags!

And with that, let the war begin…

Also, Rhajat in Fire Emblem Fates: Birthright is MINE, so hands off!