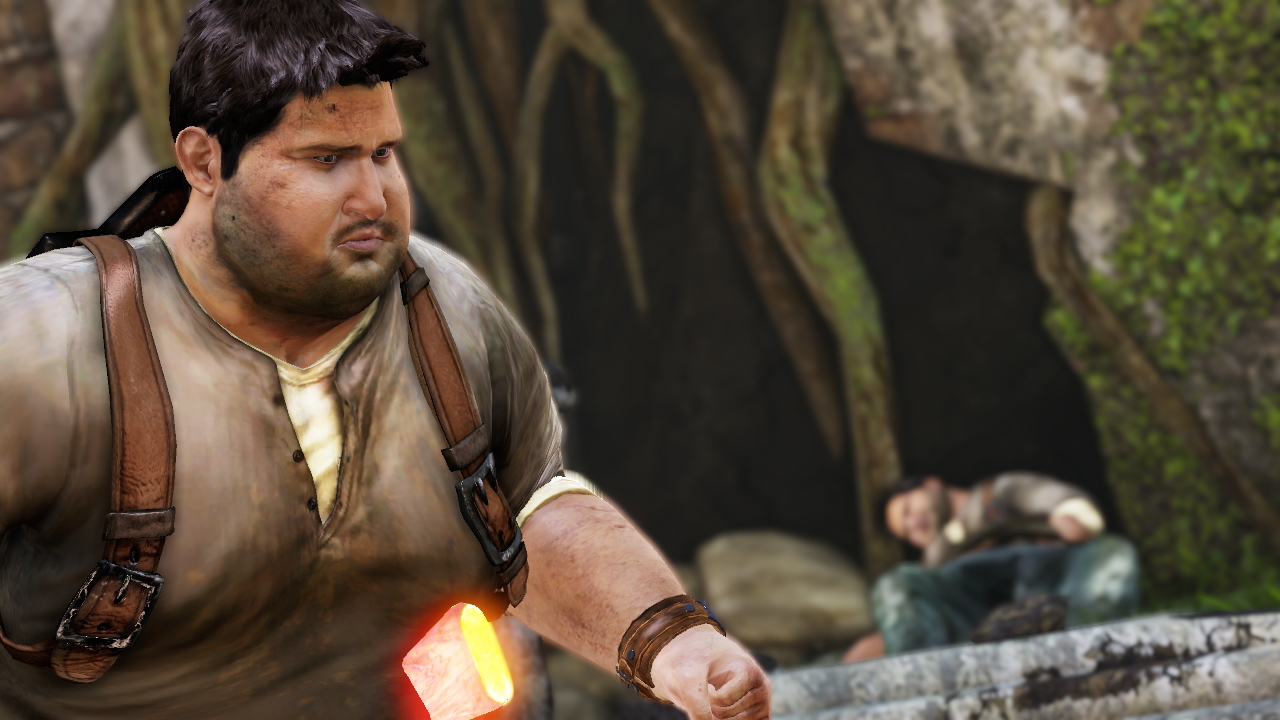 The cheapest buffet in town

[Alright, a little over halfway through the month and we’re not even close to being overstuffed with blogs! Join jaygerbomb and Kerrik52 in telling the rest of the class when you felt filled to the brim with gaming – good or bad! Entries are subject to mass approval from your peers and very moist smooches from yours truly.]

Is there a holiday or time of the year more indulgent than Thanksgiving? I mean, we cook a turkey that weighs as much as three newborn babies, whip up about a billion sides consisting mostly of carbs and butter, and top the whole thing off with nine different pies, all featuring the main ingredient of “excess.” It’s equal parts disgusting and awesome, and is definitely my second favorite holiday behind our dearly departed Halloween.

But we were so occupied with whether we could eat six pounds of food in one sitting, that we didn’t stop to think if we should. That brings us to November’s Bloggers Wanted prompt: Overstuffed.

Playing through Horizon Zero Dawn really got me thinking on this topic. Don’t get me wrong, the game has a really cool and fairly unique sci-fi story, the combat is fun and engaging, and the art direction uses vibrant color – a concept that largely died out near the end of the PS2 era, but man, is it long. The map is huge and stuffed with nooks, crannies and collectibles, and boy, by the time I wrapped the story and collected my Platinum trophy the game had really worn out its welcome. It’s a shame really, as I truly enjoyed the game for its main components; but by the time I had picked off my ten-thousandth evil villager and performed my ten-billionth stealth kill on a Ravager, I found myself wishing the game would end soon.

I got this feeling about 3/4 of the way into the game. That is not good.

So, beloved Destructoid Community, tell of us a time you felt overstuffed from gaming! It can be from a game you enjoyed that just felt too long like above, a time you binged on all thirty-two Kingdom Hearts titles, a particularly meaty haul of games you got at a yard sale – anything at all that celebrates or at least discusses your Thanksgiving-like excesses in gaming!

Write a blog with “Overstuffed:” and then your subject in the title, and let the world know of your girthy gaming experiences! We love promoting blogs to the front page here at Dtoid, and Bloggers Wanted is a great way to get noticed *wink wink nudge nudge hip thrust*