Griffith did nothing wrong

[Just a friendly reminder of this month’s bloggers wanted prompt! I think I’ve found a few promotions this past week while I was goofing off at wor- I mean during expressed hours of downtime. ~Strider]

We in the Destructoid offices (which totally exist) mulled over a lot of New Year’s resolutions these past few weeks. Finish our backlogs, catch up on what we missed, or even not get so invested in certain games. But for whatever reason, at some point someone thought, “Well, fuck this new year and fuck a New Year’s resolution, I’m going to be bad this year.”

Do you think your favorite villains went to bed on December 31 promising to do better? If anything, their resolution would be to double down on their murderous shenanigans. Bowser would pay for a professional planner to create a foolproof plan to kidnap Peach or at the very least, slash Mario’s tires. Or maybe M. Bison could bring a gun to a match in Street Fighter. I know my life would be easier if I wasn’t so concerned with societal norms and standards.

So for this month’s prompt, we should look to our best examples of scum and villainy. Talk about your favorite antagonists, villains, bad guys, and malcontents and why you like them so much. Certainly not because you want to be like them since the powers of law and order are probably keeping a close and watchful eye on us. But you know, hypothetically, if I were to recommend my own personal favorite villain, it might be Manfred Von Karma from Ace Attorney. The guy is irredeemably terrible, believing in not just results no matter the cost, but also a total disdain for nearly everyone around him since they most likely aren’t as perfect as him. 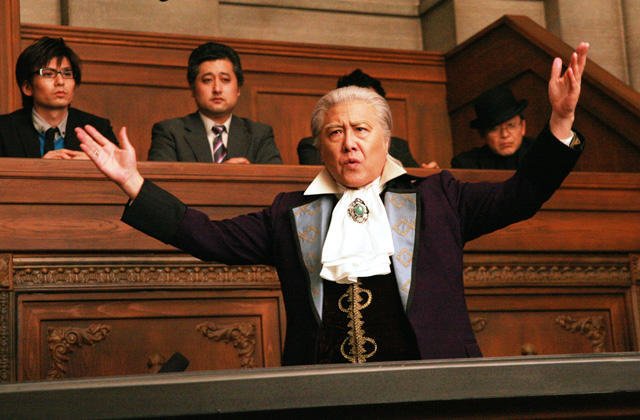 For January’s bloggers wanted prompt, just create a new community blog, start the title with “New Year’s evil: [your blog title here]” and tell us about your favorite villains.

From the terrible like Flowey, to forces of nature like Gigyas. Go ham! We won’t judge you since we’re talking in hypotheticals. As long as we’re talking about bad guys since Yoshikage Kira wasn’t bad. Kira just wanted to live a peaceful life. He just happened to be a serial killer, you know?