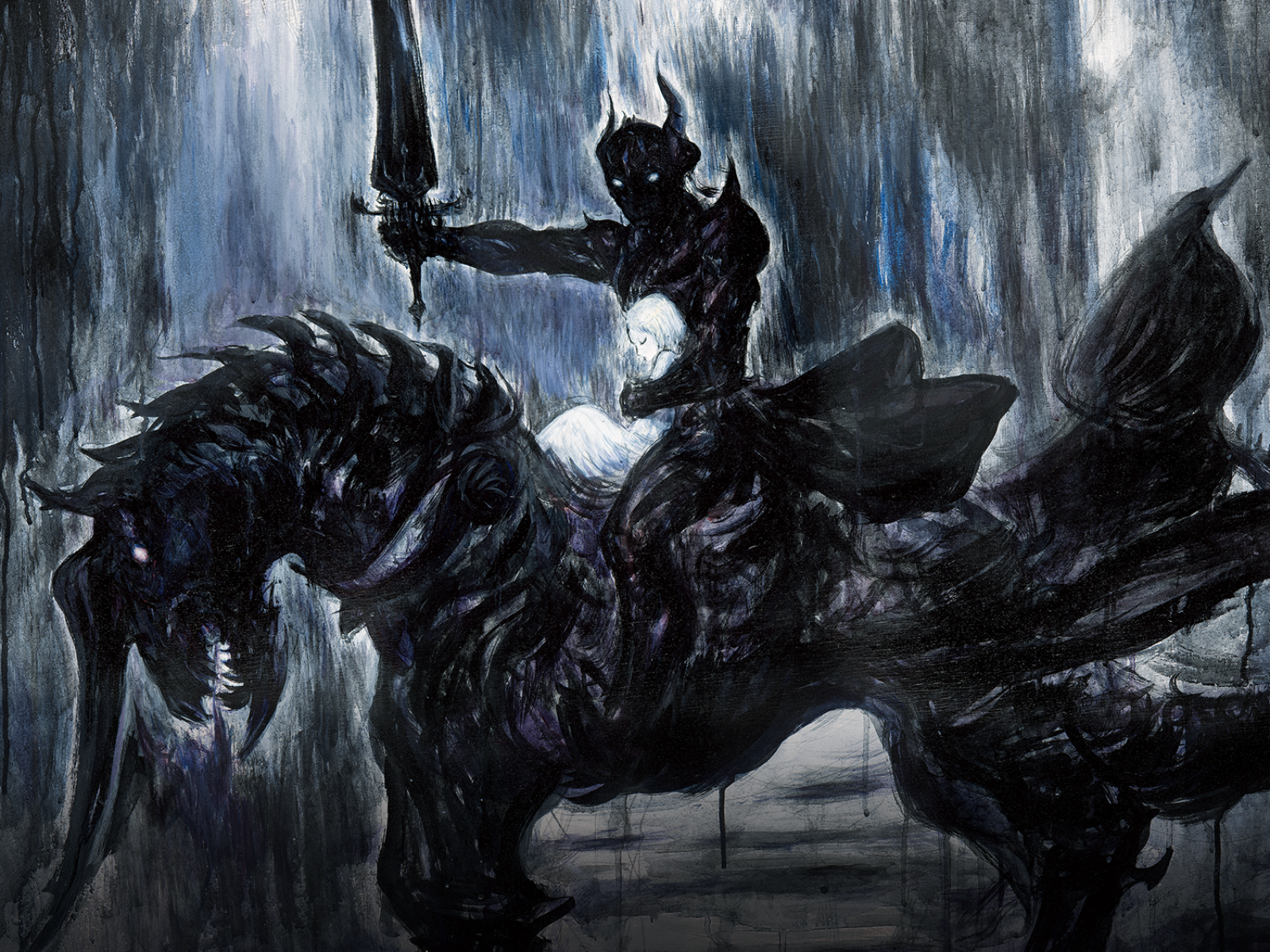 [Update: You know how greedy Christmas is? Halloween wasn’t even here yet and there the Christmas decorations were, up well before it was time to Trick-or-Treat! Talk about encroachment.

So in response, we’re extending the deadline on our October topic “Hello, Darkness” until November 15th. It’s what Cthulhu would want.]

It’s been a while since we’ve done a community prompt, but Halloween always has been one of the most popular times for “Bloggers Wanted” so we’re back.

This time we’re going to take a look at the darkness.

It’s that place where things go bump in the night, typically associated with evil, kinda scary things at times, but it is also symbolic of the unknown, the misunderstood, or parts of ourselves we don’t usually hear or are unwilling to face. It can be metaphysical, or psychological, or both at the same time.

Darkness can conceal things from view and that’s part of what can make it disturbing. In games like Resident Evil 7 or the RE2 remake, shaders can be used to great effect, helping obscure the corners and hallways that technology once relied on pre-rendered angles for. In fact, it highlights the errors made by RE5 and RE6, where wide-open spaces and well-lit areas left less to the imagination. RE7 and RE2 want to actively mess with your imagination, so narrow corridors and darkness rule.

Darkness can pertain to villainous motives. Everyone likes a entertaining, textured villain. It often turns out the best bad guys are honestly sympathetic, they were just wronged and that was never addressed, or they crossed a point of no return that made them disposed to what they do.

And then there are the more literal monsters. Sometimes they’re simply misunderstood or tragic creatures. Metroids aren’t inherently bad, but who controls them often makes them a threat (and that little “scree” they do still gets to me). Xenomorphs and metroids, left in a natural habitat, will just evolve and multiply and be territorial. Crimson Heads, Hunters and Lickers, on the other hand, are just terrifying assholes that can eat shotgun.

The darkness can be many things, but you know what? Darkness sometimes gets a bad rap.

Turns out you have have dark powers and use them for the greater good. Soma Cruz from Castlevania and Riku from Kingdom Hearts show that this is the case. They just have to fight the darkness within them to channel it for good, which is also what Final Fantasy XIV’s dark knights do. It’s just as much about wielding blood magic, the dark arts and fighting corruption as it is your shadow holding you accountable for the collateral damage you’ve done in the name of light and good. And also facing the guilt you may carry regarding that.

Your shadow also scrawls moody things in your quest journal for the dark knight quests that you actually cannot read when you’re a monk or paladin, it only appears when you change back to dark knight. That’s a nice, in-character touch.

So, for October’s topic, we’re all about the dark. Whether that’s spooky, whether that’s scary, villainous, or personal. It can be about monsters, or the use of darkness and other elements to spark fear in the player and more. Just head on over to the community blogs and be sure to use “Hello, Darkness: [Your title here]” in the title of your blog!

Now, back to the shadows!