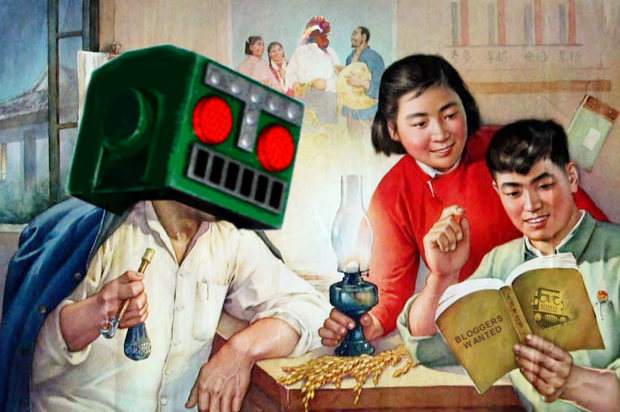 [When we’re looking for blogs on a specific topic, we’ll put out a Bloggers Wanted call. Check out the blog prompt, write your own response in the Community Blogs and tag it with the “Bloggers Wanted Essay Response” tag, and you may see your blog promoted to the front page. — JRo]

I think this week is going to produce some contentious blogs and, to be perfectly honest, I’m kind of excited about it.

There’s always been a bit of tension between Japanese gamemakers and their counterparts in the Western world. The games from each region often have a distinct feel: Gears of War and first person shooters in general tend to be noticeably Western, and people can usually easily recognize a Japanese-designed protagonist. Some people swear by JRPGs, others prefer games like the Elder Scrolls series or Dragon Age: Origins. A lot of people also like both, but you don’t get to compromise this week.

For this topic I’m forcing you to choose a side, and I know it’s going to be hard. When it comes to Japanese game developers vs. Western developers, who ultimately wins in the end? Justify your argument in a C Blog, and you just might see your blog on the front page next week.

Well-written and insightful blogs have a chance of being promoted to the front page. If you want to participate, write a C Blog, title it “East vs. West: [Your Blog’s Title]”, and select the Bloggers Wanted Essay Response tag. Throughout the week, keep an eye on the blogs and get some discussions going with your fellow Dtoiders, and make sure you look for promoted blogs from last week’s topic, eSports.