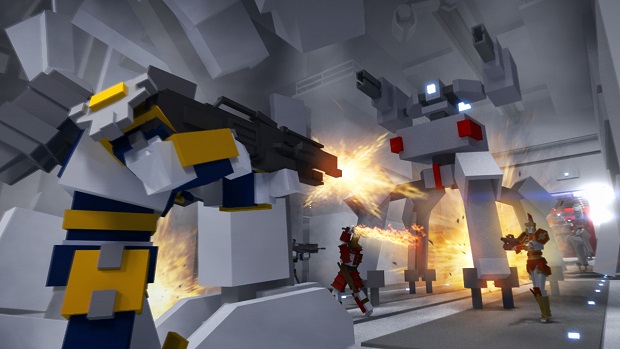 Atari and Human Head’s MOBA-like third-person shooter Minimum is now out of Early Access, and to celebrate the event, the game’s price has been reduced to $4.99 until September 17.

New features available at launch include the addition of a co-op horde mode, device and skin customization, a new jungle-themed map called Alter of the Ancients, two new weapons, and a tutorial map vs. bots. Steam Item Trading and Trading Cards will be coming soon, but aren’t available at launch.

I’ve actually had my eye on this one for a while, but haven’t taken the plunge yet due to the unfavorable Steam reviews I’ve been reading on it. Though, to be fair, the game has its share of favorable reviews as well. In any case, at less than five dollars I’ll probably end up giving it a go because giant robots and dual wielding flaming swords.

For a full rundown of what’s included in version 4.0, you can check out the dev log here.