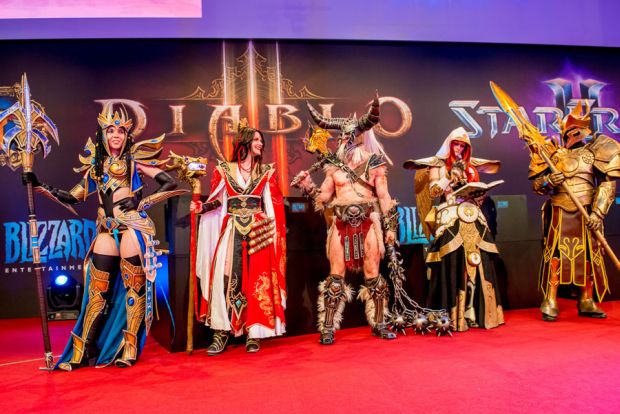 A year later, a year better

For the costumes, they cover the usual suspects across StarCraft, Diablo, and World of Warcraft. You’ve got Protoss Wizards, Kerrigan, Night Elves, Barbarians; the who’s who of Blizzard franchises. Special mention goes to the Tyrael at 0:54, and the Barbarians at 3:22.

Filed under... #Blizzard#BlizzCon#Cosplay#diablo#StarCraft#World of Warcraft